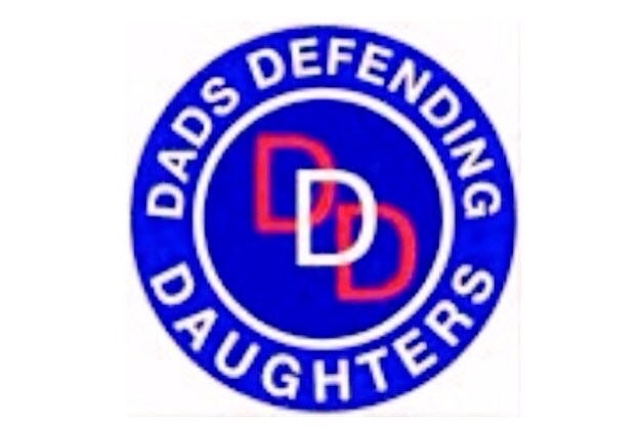 Warning, the article below contains strong language. Normally we would remove, but in this instance we believe it would take away from the passion contained within this post.

WE ARE NOW LIVING IN AN ALTERNATE UNIVERSE
WHERE TAXIS ROAST ON RANKS
AND MINICABS WORK THE STREETS.
The Olympics are back – this time in Rio.
Since the Albino Buffoon sold the Taxi Trade down the Thames during the London Olympics, Transport for London could not have done a worse job.
Four years ago John Mason gave an American IT company, registered in the Netherlands, a Private Hire Operators License.
Private Hire roundels can be purchased from TfL, no questions asked.
Uber is allowed to Ply for instant Hire via an App, as Taxis sit and roast on ranks, whilst being harassed by TfL Compliance Officers for over-ranking and other mundane misdemeanours. All the while, uninformed people stand waiving their phones, touting for a Prius.
The new ‘For Hire’ sign in London is the Toyota symbol, courtesy of TfL.
Prior to the 2012 Olympics, Taxis plied for Hire on the streets of London, whilst legitimate Private Hire mincabs parked up outside their own Offices.
If a Minicab was seen ‘hanging it up’ outside a club, he was instantly recognised as a tout.
That is before London was deregulated into a lawless Wild West show.
In the four years since Uber rode into Dodge, Transport for London have been prompted to demolish Taxis, and deregulate the Private Hire industry back to the bad ol’ days before regulation, by people like Baroness Susan Kramer (Minister of State for Transport and patron on the Suzy Lamplugh Trust, who received a £700k donation from the Carlyle Group who own Addison Lee, who now use an Uber style app and work model) who lobbied for the promotion of CBH [Cross Border Hirings – minicabs working in Boroughs and Counties they are not licensed in], which aided Addison Lee and Uber; and GLA quango member Peter Anderson (Chairman of the Canary Wharf Group – owned by the Qatari’s who have invested over a £billion in Uber); and David Cameron (Prime Minister of the United Kingdom, whose child’s Godmother is Uber executive, Rachel Whetstone), who warned Boris Johnson (Mayor of London) to “Leave Uber alone.”; and George Osborne (Chancellor of the Exchequer) who personally lobbied the former Mayor, on Uber’s behalf; and Sajid Javid (Secretary of State for Business) who openly promoted Uber as the successor to London Taxis; and Goldman Sachs (known as ‘Government Sachs’, due to their influence and total ownership of corrupt governments around the world, such as Her Majesty’s Bullingdon government) who throughout time in memorial have put profits before peasants, no matter what collateral damage is caused.
These friends in high places have made sure their cohorts at TfL, John Mason, Peter Hendy, Leon Daniels, Garrett Emmerson and company were coated in Teflon. 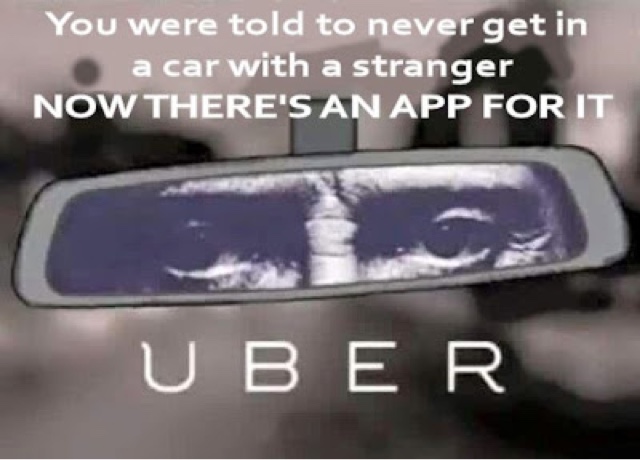 So began a two horse Mayoral race, which Sadiq Khan, with his promises of dealing with the corruption at TfL and beyond, won handsomely.
Part of the new Mayor’s manifesto fell just short of George Galloway’s claim to “Run Uber out of town.”
So what, under Khan and Shawcross’s short reign, has changed so far?
Fortunately many of the players who put Londoners and London’s visitors at risk, have been moved away from direct involvement between TfL and Uber.
Cameron was forced to resign, Osborne was unceremoniously sacked, Javid’s new job is the political equivalent of teaboy in the North Pole, Bojo helped Zac Goldsmith lose the Mayoral election, then stabbed his way into a new Cabinet job, in true Machiavellian style, and many of the quango who did not declare their vested interests in Uber and other Private Hire companies, like Peter Anderson, have been booted off the Board.
And trade Org and Union representatives seem to believe Mike Brown is as good as his word – only time will tell.
So far nothing has happened, except more promises.
TfL have openly admitted that many Private Hire vehicles were not insured.
TfL even set a deadline for all Private Hire vehicles to purchase said insurance.
Can you imagine what would happen to an uninsured Taxi?
The taxi would have been issued a ‘Stop Notice’ with immediate effect, and the driver would have been charged for driving without proper insurance.
But if you were a Private Hire driver, you were allowed by TfL and the Metropolitan Police to carry on working and picking up passengers whilst uninsured until the deadline.
In essence, TfL and the Metropolitan Police aided and abetted illegal activity, on behalf of Uber. 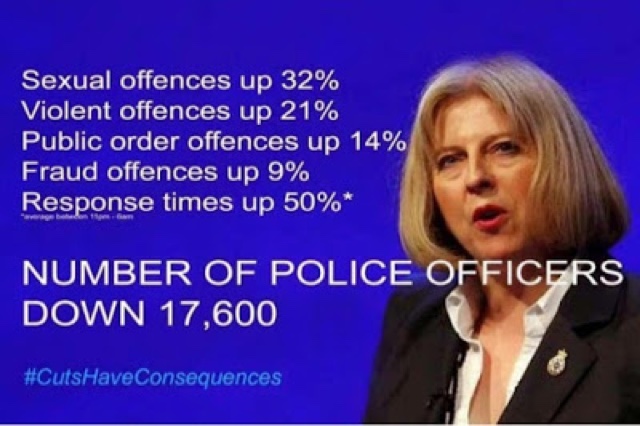 So far the Mayor’s Office and Mike Brown are looking good; mainly because Johnson’s TfL were so bloody awful.
At the moment all that the new brooms at TfL are doing, is their job.
Private Hire have always been obliged by law to have insurance – but TfL never enforced it.
Thorough Enhanced DBS checks have always been the rule – but TfL never enforced it.
Laws are only as good as their enforcement.
Where is the official public enquiry?
Are the ‘powers that be’ going to close ranks and protect the guilty, as they usually do?
Where is the promised cap?
All words and no do, so far.
There has been some serious wrongdoing inside and outside of TfL. The GLA have not emerged untainted either.
More and more Private Hire drivers are disarming TfL Compliance Officers, by ripping their roundels out.
Because of Baroness Kramer’s despicable promotion of CBH, Private Hire minicabs can circumnavigate TfL’s jurisdiction, without the need for TfL stickers or roundels.
Unless Mayor Khan takes time out from his photo shoots across the capital too devise a plan to combat this loophole, capping will become just another pointless piece of political posturing.
Recently, my RMT Union representatives got their arses smacked by the Deputy Mayor, Val Shawcross, for attending a meeting unprepared on one of their issues.
The unspoken, secret, gagging ordered issue of the rise in rape and sexual assault by Private Hire drivers.
Whether is was Deputy Mayor Shawcross’s intimation or the beliefs of my representatives, is not clear – but Taxi drivers’ motives were brought into question.
It was inferred that some MPs and those in high office are of the opinion that Taxi drivers were ‘all of a sudden’ horrified by the sharp rise in Minicab rapes, because the deregulation of the Private Hire industry started to affect drivers pockets.
I will answer this accusation in the very same way I answered it instantly in my mind, whilst waiting for my turn to speak, during our last RMT Branch meeting:
“How dare you suggest that this is to do with fucking money or fucking protectionism!
Exactly the same as our uninformed Union reps, and ninety nine percent of the population, WE DID NOT KNOW THIS WAS GOING ON!
Do you think we were driving around not giving a fuck that three girls a week were being assaulted in Minicabs, until it hit our pockets? How dare you!
We are fathers first and foremost! The rest is incidental decoration.
WE DIDN’T KNOW! Not until representatives from the UCG and LCDC did some great investigative work and uncovered the facts (via the Freedom of Information Act), did we dream it was as fucking awful as it turned out to be!
As soon as Danny Hussey, Sean Pier and I knew, we asked what our Orgs and Unions were doing about it?
At the time, our Orgs and Union representatives seemed embroiled in Taxi and legal matters.
So we took it upon ourselves to inform the public.
We designed some banners, and headed for the BBC – the rest is history.
Fuck you, you cynical c@@ts! Kids are having their lives destroyed, and you, because money and power and greed and ego matters more than people do, you judge us by your guttersnipe standards. Fuck off!”
Fortunately I had time to collect my thoughts before it was my turn to speak, and I delivered my reasoning on the matter … dispassionately. 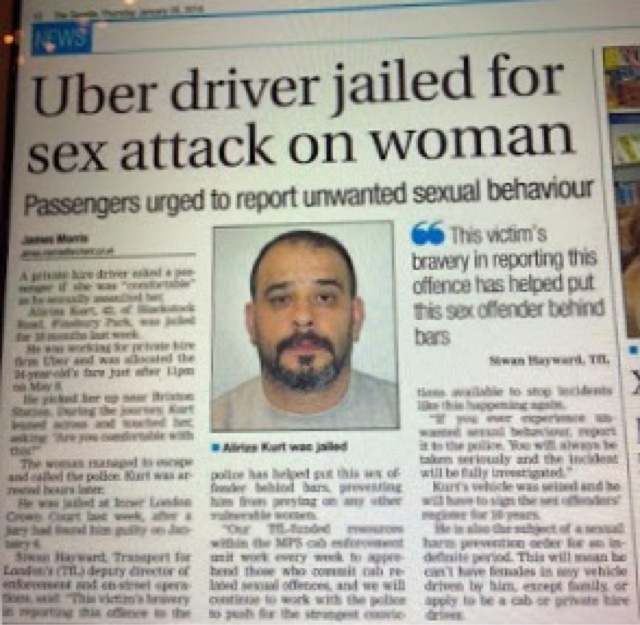 Outside the Branch meeting, saying our farewells, a senior member suggested to me that all our efforts might be seen as nothing more than protectionism, by cynical MPs and those in the GLA.
I informed him that my Dads Defending Daughters efforts were from a place MPs might no longer recognise – integrity.
And that my Taxi Trade efforts were indeed from a form of unapologetic protectionism.
I told him my form of protectionism is from a need to protect, not just my job, but the profession of which I am proudly a member. A profession that is taken sometimes for granted in this city, but recognised around the world as the best, the Gold Standard.
I asked him, do not Politicians go to extreme lengths to protect their Party, even to the extent that they sacrifice their principles and dignity for the good of the Party?
Do MPs not vote against their better judgment and against their constituents’ wishes, sometimes throwing the vulnerable on the pyre, along with their own self respect, to further the Party line and their own careers?
Do MPs not cocoon themselves against the harsh realities that they have caused?
Do MPs not ‘let them eat cake’ whilst giving themselves a wage rise of double figured percent?
And now they have the cheek to pontificate to us about protectionism?
Those who close ranks and protect their own against prosecution of war crimes, embezzlement and paedophilia, have the neck to stand in ethical judgement of us Plebeians? Jog the fuck on!
Again, I informed him, they are judging us by their standards. 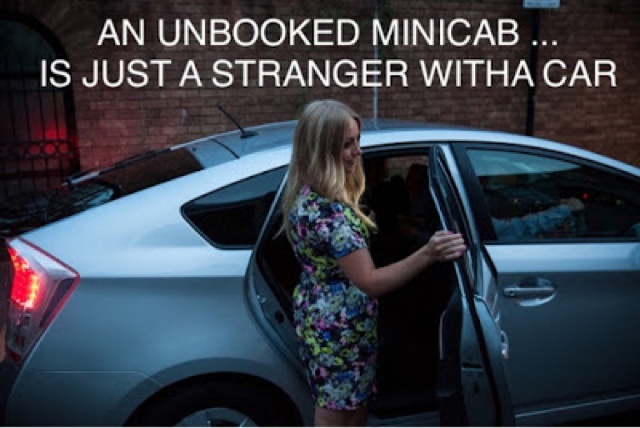 There will be protests coming, causing chaos and disruption to London. Sometimes to highlight the increase in rape and decrease in TfL accountability, and sometimes to highlight the inequality the Taxi trade faces during its destruction by bullies in high office.
We do apologise to those innocent travellers who may be affected by our more ‘stubborn’ demonstrations.
But ‘highlight’ we will, the the corruption and thoughtless disregard the present Government and TfL (under the Mayor’s Office) have for the working men and women of this once great city. 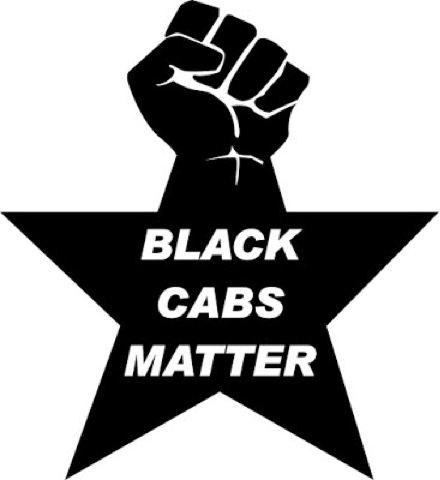 Footnote: I apologise for the colourful language used in this article. Sometimes a well placed ‘fuck’ translates more appropriately than the accepted language of polite society.
Posted by Dads Defending Daughters at 15:21