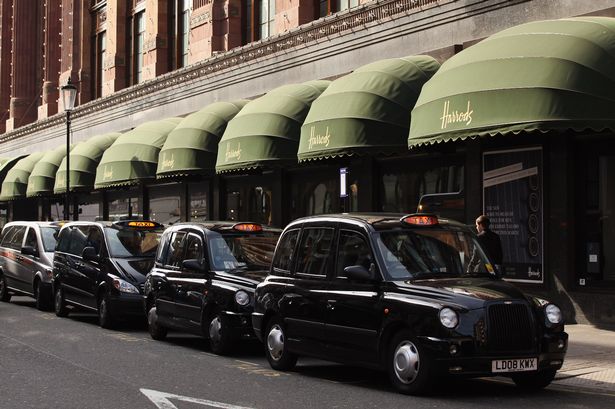 Just heard a frightening story in one of my WhatsApp groups. A driver on point of Harrods Rank, picked up an oriental lady with her two daughters.

She gave him her destination but before he could drive off, the doors were opened again by a small group of men similar in appearance to the Lisson Green Mob. One of the men came to the driver window and was asking to be taken to another destination.
But as we’ve seen before, this was no more than a distraction tactic, because another of the men got inside the taxi and proceeded to try to mug the lady. As luck would have it, the lady put up quite a fight and the man made off with just the lady’s watch which he managed to pull from her wrist.
On the way to her destination she explained to the driver that she was unhurt and really didn’t want to go to the police station. She said the watch was in fact just a cheap fake. She just wanted to get her daughters back to her hotel as they were both quite shaken up.
Trouble is I’ve only heard the story second hand, and have no idea who the driver was.
I just hope he reads this… as it’s imperative he goes to the police and reports the incident in full detail. This is not the first time something like this has taken place at a Taxi rank.
We can’t have our customers being mug inside our Taxis.
When passengers are picked up it is now extremely important the all doors are locked as soon as possible.
This is what London has become under a Mayor who would rather spend money on two rappers… than on victims of crime.