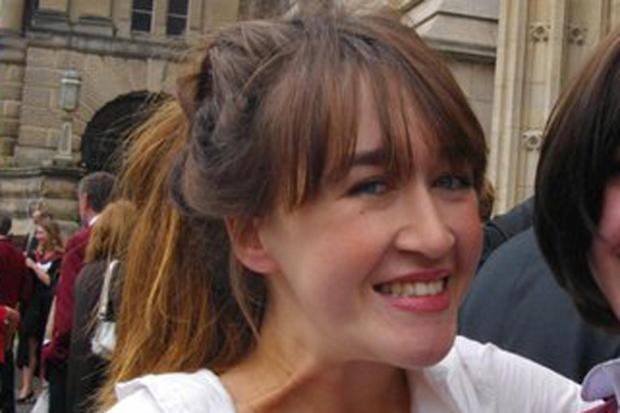 A young woman claims an Uber driver called her a “slut” and threw her out of his car after she pointed out he appeared to be driving her home in completely the wrong direction.

Frances Carbines, 27, went out for dinner at Dishoom in Shoreditch with friends last night after she split from her fiancé, she said.

The British Council worker said she was feeling “fragile” but had gone out with her would-be bridesmaids, who were trying to console her following the break-up.

She said one of her bridesmaids called her an Uber after the meal, at about 11.30pm, and put the postcode for her home address in Crouch End into the app. However, she claims that instead of driving her home, the driver started taking her to the “opposite end” of London.

Miss Carbines claims that when she had told the driver he was going the wrong way he became aggressive, calling her a “slut” and commenting on her short skirt, before telling her to get out of the car on Waterloo Bridge.

An Uber spokesman said the firm was investigating the claims but denied the driver had been abusive towards Miss Carbines. He added that the passenger was taken in the direction of the address that had been entered into the app.

But Miss Carbines told the Standard: “He took the wrong address and tried to take me to Brixton. When I complained he said I must live in Brixton because the system couldn’t be wrong.

“He said ‘get out or something bad will happen to you’ and stopped on a busy dual carriageway. He didn’t even pull over, then he called me a slut.

“I was shaken and crying and the Uber driver made me get out at night miles from home. The Uber driver commented on my short skirt and said I must be easy.”

Miss Carbines, who works in cultural relations for the British Council for projects in Beirut and Pakistan, said she was left feeling “frightened” when she was asked to leave the car.

“I didn’t have cash for a taxi, which is why I got the Uber,” she said.

“I had no idea where I was, it was dark, I had had a beer and I couldn’t even get a bus as I have been overdrawn.

“I was especially fragile because that weekend my fiancé called off our engagement and cancelled our new shared ownership house.”

Miss Carbines said she was eventually picked up by a black cab driver, who agreed to take her to Crouch End.

She said her mother was at home and was able to pay the driver, but he only asked for £20 instead of the usual £30 fare.

She is now appealing for the taxi driver to come forward, so that she can thank him for his kindness.

Miss Carbines described him as a slim Londoner with grey hair, square framed glasses, and a “kindly face”, who had been working as a driver for 20 years.

She said: “I’d want to say thank you so much for saving me essentially when I couldn’t get home.

“Your kindly disposition and act of humanity really cheered me up, please meet me as I owe you £10 and a drink. I wish more drivers could be like you.”

Miss Carbines has also demaned an apology from Uber.

However, the company denied that the incident unfolded as Miss Carbines described.

An Uber spokesman said: “We have called the rider in question so we can investigate these allegations, but have yet to receive a response.

“The driver in question has confirmed he was going to Brixton to an address that was pre-entered into the rider app.

“The driver has told us that the rider became angry that they were going to the entered destination and requested to exit the car. He denies being abusive towards the rider and so we would ask her to get in touch with us so we can investigate further.”