WHERE BUSES GO, UBER GO, BUT NOT TAXIS…Statement From The ITA 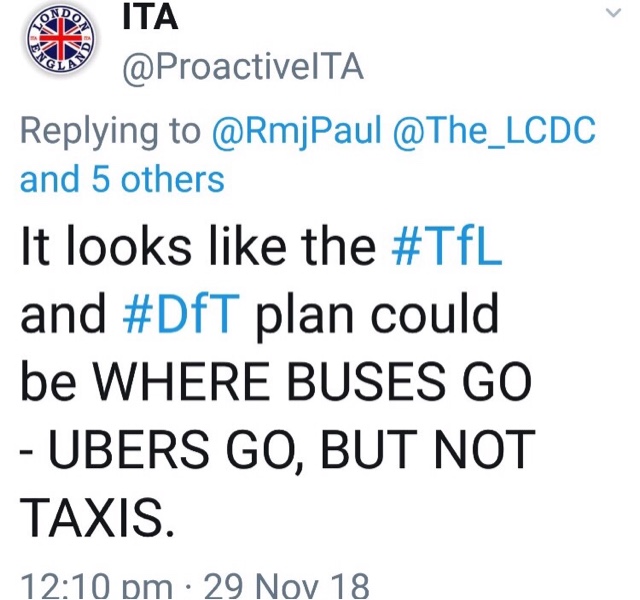 Dara said he’d accept the Congestion Charge, but refused to allow a cap on minicab numbers.

He also told Grayling about the new Uber Pool Express minibuses which can use bus lanes!

REMEMBER THIS WARNING?…Look at the date!

So those of you who agreed with Macca to ‘do nothing’ and ‘wait and see’, how do you feel now?

Want to go through Bank Junction? Up Tottenham Court Road? Along Tooley Street? You can’t!

It looks like the TfL and DfT plan could be:

WHERE BUSES GO, UBER GO, BUT NOT TAXIS.

HAS THE PENNY DROPPED YET?

ARE THE ITA STILL WRONG TO PROTEST OVER TAXIS EXPULSION FROM LONDON ROADS?