Westminster Council is against the CS11 Cycle Superhighway 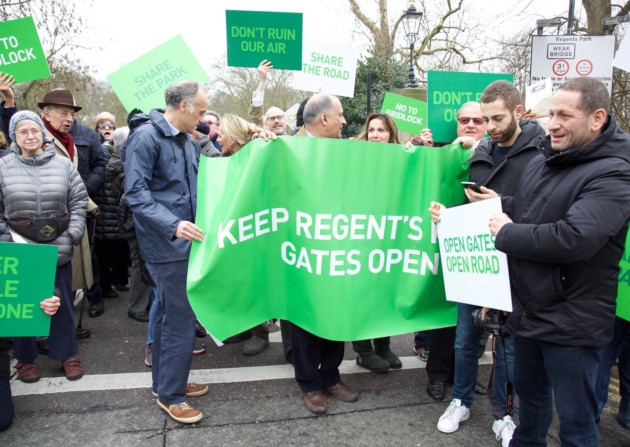 They have criticised Camden Council for refusing to publish its own response to the scheme.
In a highly critical draft response, Westminster City Council says it “objects to the proposals being implemented on behalf of its residents and businesses” and “supports strong local feelings.”

As reported in the Ham&High more than 4,000 have signed a petition against the Transport for London scheme to create dedicated cycling lanes between Swiss Cottage and Portland Place in the West End.

Opponents say the plans to reroute the Swiss Cottage gyratory- a major arterial road into central London – and cut lane capacity in half will cause traffic gridlock in Hampstead and the surrounding area.

Westminster Council says TfL should consider the impact of other major developments such as HS2 and is concerned about the impact on pedestrian crossings and bus journey times.

It also accuses TfL of failing to give enough information about the relocation of traffic to surrounding St John’s Wood streets.

The response has been drafted by councillor Heather Acton, Cabinet Member for Sustainability and Parking.

It says: “The city council supports the strong local feelings that TfL should adopt a holistic approach by considering the combined impacts of several schemes and major redevelopments in its modelling of CS11.

“There is real local concern that TfL’s modelling needs to consider the redevelopment of the St John’s Wood Barracks and the potential traffic impact of HS2.”

It says: “The city council is very concerned that TfL’s traffic modelling data demonstrates that the CS11 scheme is likely to result in significant detriment to pedestrian amenity at important crossing locations along Finchley Road.

It accuses TfL of failing to give enough information about the reassignment of traffic.

It says: “Due to the lack of clarity of the traffic impacts of the proposals, the city council objects to the proposed closure of the four gates in The Regent’s Park.”

Angela Hobsbaum, of Camden Cyclists, said: “I am very disappointed by Westminster’s response. There is a lot of misinformation going around.”

When approached by the Ham&High Camden council refused to release its reponse or say whether it was for or against the scheme.

He said: “It’s only fair, right and democratic that Camden’s tax-paying residents are able to see how their council are representing them in relation to such an important issue that will affect their daily lives.