BE WARNED IF YOU DRIVE THROUGH THE LONDON BOROUGH OF ISLINGTON ! 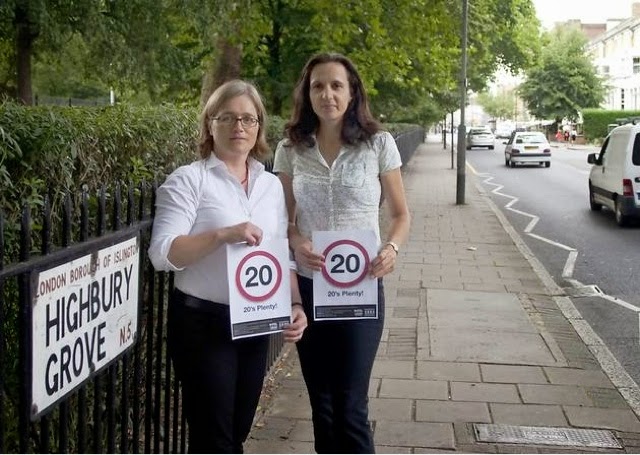 The Metropolitan Police have started to  enforce the 20mph speed limit in Islington with fixed penalty notices for motorists.

The borough-wide limit was introduced last year, but until now drivers have been given warnings instead of fines as a deterrent. The council has been previously criticised for spending £40,000 on advertising the new limit and then not enforcing it.

Eight other London boroughs — including Southwark, Camden, Hackney, Waltham Forest, Haringey, Lambeth and Lewisham – have since committed to 20mph zones. In July, the City of London became the latest authority to introduce a borough-wide limit. Before that, in June, transport minister Robert Goodwill commissioned research into blanket 20mph limits in urban areas, but stated that it was down to the local authority to decide on its own speed limits.

The 20mph limit only applies to council-managed roads, while major routes managed by Transport for London (TfL) remain at their previously-posted limits. Islington council says that since November 2013, 938 motorists have been targeted in 24 “stop-and-advise” operations across the borough. Executive member for environment and transport Claudia Webbe said:

“We want Islington’s roads to be safer for everyone, and that’s why we pioneered making Islington London’s first 20mph borough.

“Most motorists obey the speed limits, but those who don’t can now expect to be prosecuted andrisk losing their licence. We’ve worked closely with the police over the past 12 months to target hot-spots where drivers frequently speed, and together we’ve stopped more than 900 motorists to remind them to keep within the limit.”