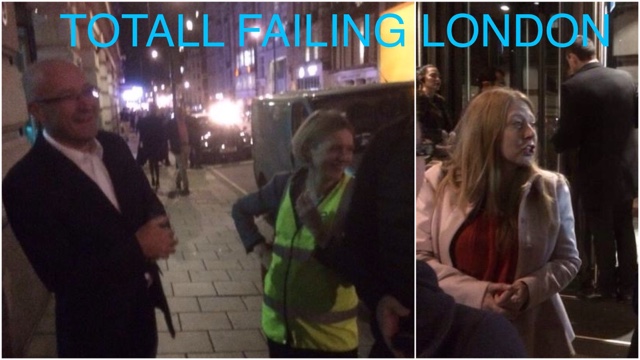 An illegal minicab tout who dodged deportation for ten years is finally being booted out of the country for attacking a black cab driver, the Old Bailey heard yesterday.

Lounes Khalfi, 53, spat at cabbie Paul Griffin-Ahamed and punched him in the face for taking his picture while touting for business outside a West End casino.

He then threatened another black cab driver, Andrew Donovan, who had witnessed the attack, claiming his friends would ‘f*** you up’.

After his arrest, it emerged Khalfi should have been deported as long ago as 2004 after a conviction for fleecing tourists, but blundering officials allowed him to stay.

In 2013 Khalfi was arrested again by British Transport Police, a spokesman said Khalfi, who lived in Essex, had been charging “extortionate rates”.

For many years, Khalfi had “preyed” on tourists around Camden high street and had also been banned from eight London rail stations for five years.

Lounes Khalfi, 50, was given an Asbo in 2013, which barred him from approaching members of the public outside stations, including Euston, King’s Cross, St Pancras and Marylebone. But it made little difference to Khalfi who just moved into the West End where he thought he would have little chance of being caught touting.

Khalfi operated as a tout outside clubs and casinos in the West End, undetected by compliance if the police and probably would have still been operating there today, had he not used violence against a couple of licensed Taxi drivers who filmed him at work.

Presently in London’s west end, a minicab tout has more chance of winning the lottery, then being arrested for touting. TfL’s answer to the increase in touting reports is to double the team of compliance officers who have no powers other than to report suspected incidents. Compliance teams rarely go out on patrol, looking fir touts. Their main duties are normally limited to Badge and Bill checks on Taxi drivers at station ranks. Operation Neon officers who seem to only concentrate on PH parking offences only go out Friday and Saturday.

Just before Christmas, ex top cop Chief Superintendent Matt Bell resigned as head of compliance after just a few months. No statement has been made by TfL to the reason why Matt quit. It’s a shame because Matt Bell was approachable and for just a few months, things certainly improved as visual action was being taken against the touts.

Because of the lack of enforcement, touts outside night venues have become more aggressive with reports of assaults on Taxi drivers common.