An 11-week public consultation on proposals for the “world’s first” ultra low emission zone (ULEZ) in the centre of the UK capital from 2020 has today (October 27) been launched by the London Mayor and Transport for London (TfL).

According to TfL, the proposed ULEZ would halve emissions of nitrogen dioxide (NO2) and particulate matter PM10 from vehicle exhausts in central London. 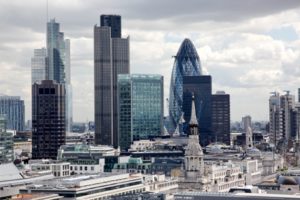 Cars, motorcycles, vans, minibuses, heavy goods vehicles and coaches would have to meet new emission standards or pay a daily charge to drive in the zone, which will have the same boundaries as the existing congestion charge zone.

Taxis, private hire vehicles and buses would also be affected by the ULEZ, which is set to come into force on September 7 2020 and will operate 24 hours a day, seven days a week.

TfL claims the zone will “significantly improve air quality and in turn the health of Londoners” by reducing the number of people living in areas of where NO2 levels currently exceed legal limits by 74% in central London, 51% in inner London and 43% in outer London.

There have been calls from some politicians and air quality and health campaigners for the ULEZ to be introduced sooner than 2020 (see airqualitynews.com story), but the Mayor stated his intention to give motorists “adequate time” to switch to greener vehicles that will not incur a charge under the proposals.

Criticism has also been levelled at the proposals for not encompassing a wider area (see airqualitynews.com story), but TfL states that the ULEZ will not lead to a reduction in air quality or increased congestion outside the zone.

According to TfL: “The majority of traffic entering the ULEZ will be from outside the zone – so the benefits of cleaner, greener vehicles in the form of reduced emissions will be delivered right across London so benefitting Londoners’ health.”

Boris Johnson, Mayor of London, said: “Introducing the world’s first ultra low emission zone is an essential measure to improve London’s air quality and reduce NO2. Safeguarding Londoners’ health and well-being is a top priority for my administration. I understand that people need adequate time to switch to greener vehicles and help is at hand for those who will be hardest hit, but let’s be clear, we need to make these important changes ASAP to continue to improve Londoners’ quality of life and give everyone who lives in or visits the city the cleanest possible air to breathe.”

Launched today, the consultation closes on Friday January 9 2015 and is available to access on the TfL website, before the Mayor confirms the final proposals in spring 2015, giving a five-year notice period prior to the ULEZ coming into operation in 2020.www.tfl.gov.uk/ultra-low-emission-zone

Following the consultation, TfL will analyse the results and make recommendations to the Mayor, who will then make a decision on whether to confirm the plans, with or without modifications. TfL, as the licensing authority for London’s taxi and private hire vehicles, will decide whether to make changes to the licensing requirements for these vehicles.

The ULEZ proposals would require vehicles travelling in central London to meet the following emissions standards, or pay a daily charge:

Michèle Dix, managing director of planning at TfL, said: “Improving London’s air quality is of paramount importance as it affects the health and well-being of every Londoner. That’s why we are doing everything in our power to address emissions from road transport, with the introduction of an ultra low emission zone at the core of our work to improve the capital’s air. We would urge everyone who lives, works or travels in London to give us their views on the ULEZ proposal.”