View from the Sidelines 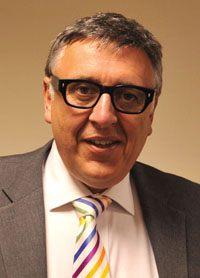 Taxi drivers deserve our thanks

I was working in London one day last month and before heading home caught up with a friend over a cuppa in a hotel near to New Scotland Yard. He booked a taxi as he was in a hurry to get to a meeting. A minicab (not a taxi) was dispatched but the driver declined to carry him because he has a guide dog.

The matter has been reported to Transport for London and is under investigation, so it is not possible to comment further, but what happened after this unfortunate incident is worthy of wider publication and demonstrates what a fantastic group of kind-hearted people our London black cab drivers are.

My friend used Twitter to highlight his experience, as did I, and what followed was a heartwarming, overwhelming outpouring of disgust and genuine offers of help free of charge from many of the hundreds of cabbies who use Twitter.

Over the years, as an operational Bobby I’ve known many occasions when taxi drivers have come to the assistance of police officers. They’ve helped to trace missing people, ‘radioed in’ suspicious incidents, and come to the aid of many an officer, preventing them from getting a serious ‘kicking’.

I can recall motorcades of black cabs visiting seaside towns during the summer giving underprivileged children a day out, and was surprised recently to discover that the London Taxi Drivers’ Fund for Underprivileged Children has been running since 1928. There is also a London Taxi Driver’s Benevolent Association for War Disabled, which started in 1947 and they undertake amazing work. Next month they will be taking 160 WWII veterans to the Netherlands, for a special commemoration.

Licensed Hackney Carriages have been around since Oliver Cromwell’s Day having first been established in 1654. It’s one of our oldest professions, pre-dating us lot by 175 years.

The relationship between cabbies and Bobbies can sometimes be a little strained, but on the whole is symbiotic, both helping one another and working 24/7, 365 days a year.

So a big thank you to our taxi drivers, there will be many a police officer grateful for the help that they have given.