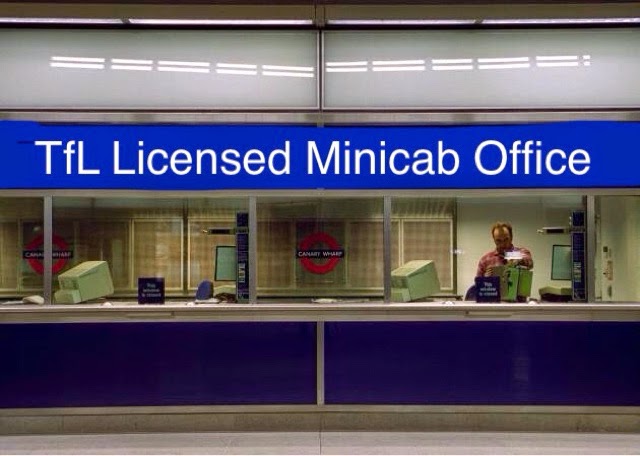 The timetable for London Underground Ticket offices set to close was announced last week.
Among the earliest of offices due for closure is Embankment  set as early as February next year. The majority of the network is scheduled for ‘transformation’ over the whole of 2015 with works completing by April 2016.
This comes at cost of 750 jobs losses set to the backdrop of national austerity forcing a £45m budget cut to London Underground.
‘Commercial viability’ for disused ticket halls has proposals ranging from retail, coffee outlets and many more satellite offices for PHV’s!
The RMT London Taxi Drivers Branch has learned that members of the GLA have mooted the idea, undoubtedly to suggest plugging the £45m budget black hole.
Transport for London are denying any such plans exist, but with a number of private hire waiting areas, residing on private land, replacing Licence Taxi ranks and the announcement of the 24hr tube, stations that have been end of  line ‘ghost stops’ could be hubs for commuters travelling late at night.
Fixed point pre-booking machines could well be a feature of the modern underground network. 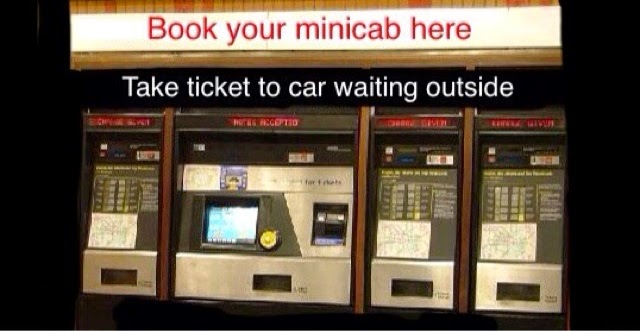 If passengers are to be accosted by ‘clipboard Johnny’ before even leaving a station then this will strike yet another blow for the trade.
RMT LTDB along with the union’s  London Regional Council will resist any proposals that seek to undermine the licensed London taxi driver’s right to ply for hire.