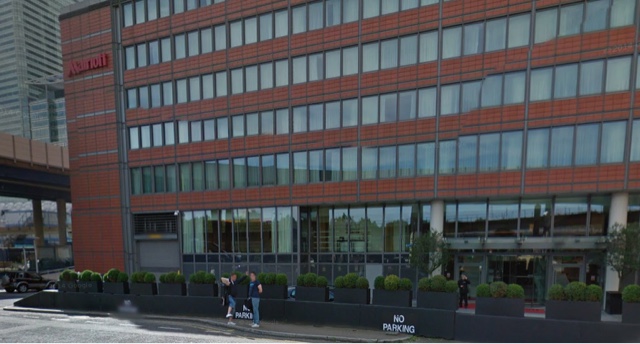 After seeing job after job pulled away from his Taxi by aggressive door staff, Taxi Leaks rank’s reporter decided to front up the management of the Marriott Hotel, West India Quay.

This hotel regularly gives premium work to a Local Minicab firm Carrot Cars, even though there are Licensed Taxis on the rank. The only work that appears to get through to the rank are of course, local trips.
It has been alleged that Carrot Car drivers pay a £30 kick back to the hotel for Heathrows charged at £90 to customer.
Taxi drivers have also reported that Carrot Cars vehicles can often be seen illegally plying for hire -waiting to be given work by door staff.
Drivers on the rank outside have also been blocked in by cars who park up, lock up and disappear inside the hotel. It is believed this is an attempt to dissuade drivers from using the Taxi rank.
See video as our man confronts the hotel manager.