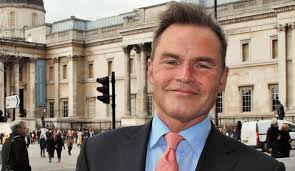 Responding to Sadiq Khan’s comments about Uber today UKIP’s London Mayoral candidate Peter Whittle said: “What Sadiq says is pure hot air, as the UKIP mayoral candidate my support for black cab drivers is unequivocal and unlike fair weather Labour and Tory politicians such as Sadiq and Zac, I will not stint in fighting their corner.

“Both Ken Livingstone and Boris Johnson presided over a surge in numbers of Private Hire Vehicles (PHVs), one in ten vehicles on London’s roads are now PHVs, and this has hugely increased congestion and pollution

“Both Mayors have also overseen the ever-greater encroachment of PHVs into areas once the preserve of the black cab. While traditional taxi ranks are being removed, satellite mini cab offices are springing up everywhere, often causing parking and noise problems for locals.

“I believe black cabs are an iconic part of London life. The service they provide is unique and the envy of cities around the world, and they offer Londoners the security of a properly regulated and licensed taxi service.

“We believe in a level playing, and to this end if elected I would push for a temporary freeze on any further PHV licences being issued by City Hall. This would give us a breathing space in which to put in more vigorous and fairer qualifications with regard to PHV drivers. Not just a greater understanding of English, but proper health checks and where possible, criminal record checks.”