UCG Excluded From TfL Meeting…. Is It All For One And One For All ? Should Trade Leaders Tell Mike Brown To Jog On. 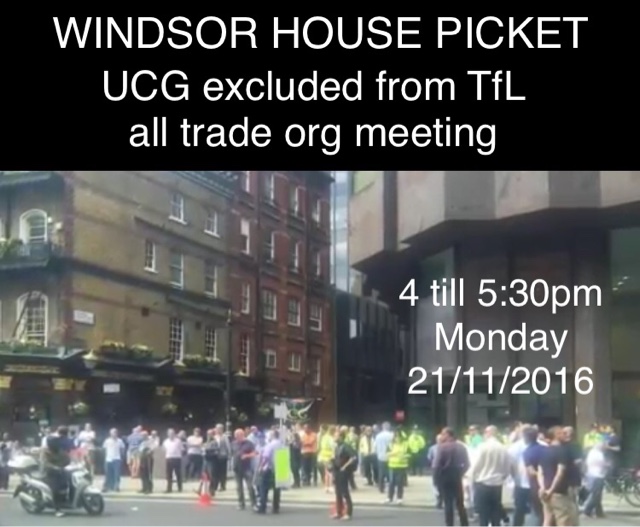 It’s been announced that there is to be an “all trade org” meeting at Windsor house this Monday afternoon.

Sadly, we’ve heard from Deputy General Secretary Trevor Merralls that the UCG have not been invited to the meeting with Mike Brown.
It is completely outrageous that a truly democratic voice of the London Taxi trade, has once again been excluded from engagement with TfL.
This is an obvious attempt once again to divide the trade.
When TfL are backed into a corner, they immediately put into practise the divide and rule philosophy.
The commissioner’s reward to orgs/unions/groups who go along with exclusion, is a seat at the engagement table, giving a false impression of importance.
This exclusion shows a weakness on behalf of Mike Brown who appears now to be running scared.
It’s time to stand up and be counted, time to man up.
Lets do away with this temptation by smashing the table.
All orgs need to unite on this and tell Mike Brown it’s ‘all for one and one for all’. 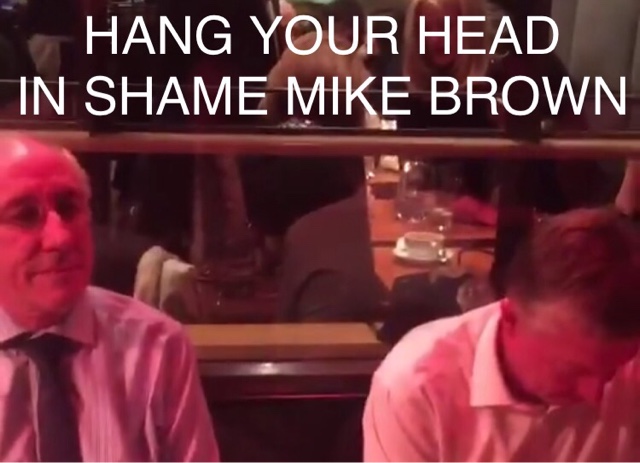 Future invites must be for every representative group or it’s no show from all.
It’s now up to you the driver, to show your disgust with this repugnant and shambolic attempt to wrong foot our trade.
Phone your trade representatives on Monday and ask them to attend the meeting briefly, just to tell Mike Brown to his face how the trade feels about this tactic. Then get up en masse and walk out.
Taxi Leaks has been informed that concerned drivers will be mounting a picket-line outside Windsor house on Monday between 4:00 and 5:30 pm, asking all trade leaders to walk out on the meeting.
Trade leaders wishing to stay behind and engage will have to walk passed their members in full view or the trade, on the way out.
All this meeting will achieve is more division along with weakened trade representation.
This action is not about the colour of a lanyard, it’s about the survival of the badge that hangs from it.
Taxi Leaks Extra :
This from Twitter yesterday. 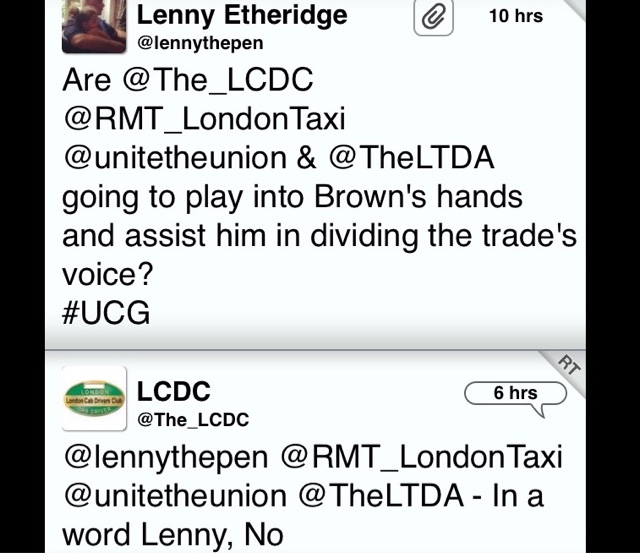 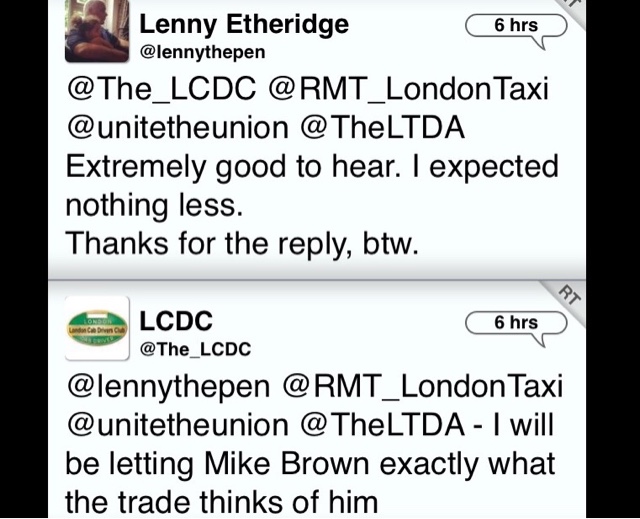 Remember:
The hottest place in hell is reserved for those who remain neutral in times of great moral conflict.
-Martin Luther King Jr.