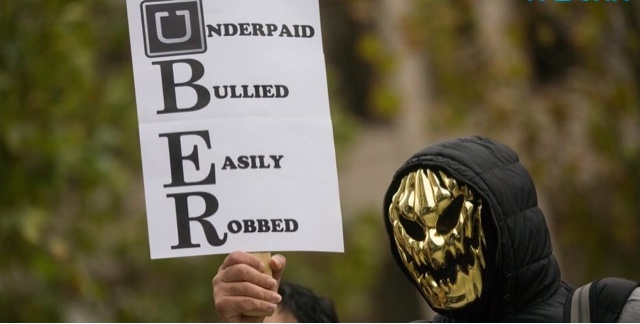 Drivers for ride service company Uber will join planned nationwide protests on Tuesday, when activists and low-wage workers renew their call for better pay and the right to join a union in the wake of Donald Trump’s U.S. presidential election win, organizers said.

Hundreds of Uber drivers in two dozen cities, including San Francisco, Miami and Boston, for the first time will add their voices to the union-backed “Fight for $15” campaign that has helped convince several cities and states to raise starting pay significantly above the U.S. minimum wage of $7.25.

Justin Berisie, 34, drives for Uber in Denver and is joining Tuesday’s protests.

“Someone who lives in America and goes to work every day, that person deserves a decent living,” said Berisie, who has a 5-year-old daughter and is struggling to make ends meet. He said he earns $500 or less, before expenses such as gasoline, during an average week where he is on duty for 50 to 60 hours.

The four-year-old “Fight for $15” movement includes fast-food workers, home care aides, airport baggage handlers and other low-wage employees. Organizers from “Fight for $15,” which is backed by the Service Employees International Union, say the campaign’s Nov. 29 demonstrations will take place in 340 cities and nearly 20 of the nation’s busiest airports.

U.S. policy is expected to become less worker friendly following the election of Trump, a international businessman who will be president as fellow Republicans control both chambers of Congress as well as federal agencies that govern the formation of unions, overtime rules and more.

Uber drivers have sued the company in several states, accusing it of depriving drivers of various employment protections by misclassifying them as independent contractors.

The lawsuits are a test for companies such as Uber Technologies Inc [UBER.UL], a high-profile player in the so-called “sharing economy,” which say that their contractor model allows for flexibility that many see as important to their success. A legal finding that drivers are employees could raise Uber’s costs and force it to pay Social Security, workers’ compensation, and unemployment insurance.

Uber could have to pay out billions if it’s drivers are employees. 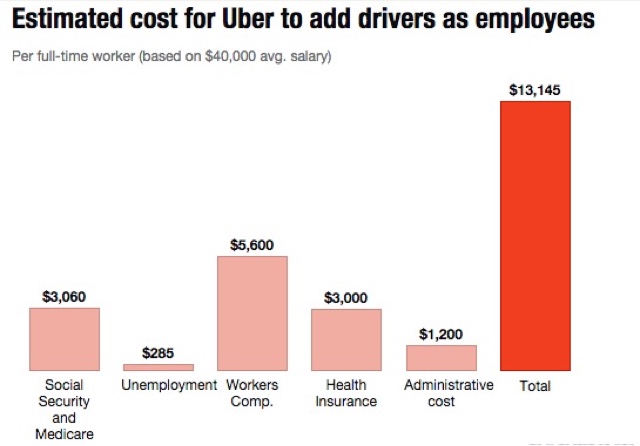