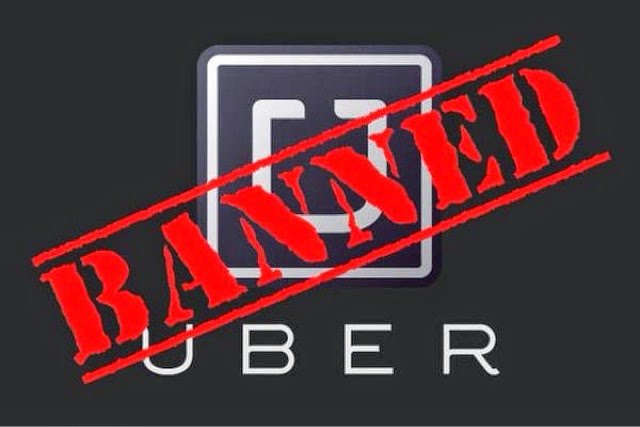 A judge has ordered taxi booking service Uber to immediately stop operating in Spain, after a series of protests by taxi associations.

In his ruling on the ban, the judge said Uber drivers didn’t have official authorisation to drive their cars and the service was “unfair competition”.

The move follows a complaint by the Madrid Taxi Association.

The Spanish ban comes just a day after Uber was blacklisted in the Indian capital Delhi.

Drivers “lack the administrative authorisation to carry out the job, and the activity they carry out constitutes unfair competition,” the court services said in a statement after the ruling.

Also in the news today:

Thailand ordered U.S. online taxi booking company Uber to cease operations on Tuesday, in the latest hit for the rideshare app that has been banned in the Indian capital New Delhi over an alleged rape by a driver and faces further restrictions in Europe and Asia.

The Southeast Asian nation’s Department of Land Transport said drivers picking up fare-paying passengers via Uber’s app were neither registered nor insured to drive commercial vehicles, and that Uber’s credit-card payment system did not comply with regulations.

Bangkok’s move comes as the start-up also battles criticism in the U.S., with detractors saying it gives drivers an unfair deal and doesn’t screen employees well enough and as such endangers the safety of users — claims the  San Francisco-based Uber denies.

“They have to stop operations immediately,” Thiraphong Rodprasert, director-general of the Thai Department of Land Transport, told reporters after meeting officials from Uber and rival cab-hailing apps GrabTaxi and EasyTaxi to discuss regulating Internet taxi services.

The meeting was arranged before a passenger in New Delhi reported she had been raped by a driver contracted to Uber. That incident brought taxi apps to the attention of Indian authorities leading to a ban on all unregistered Internet taxi firms from operating in the capital.

Taxi booking apps have irked drivers at traditional cab services across the globe. Consumers are increasingly using the smartphone software to find people willing to drive them, rather than booking a cab by phone.

In Thailand, Uber’s app acts as a matchmaker between owners of private vehicles and passengers, and has its own fare structure. GrabTaxi and EasyTaxi work with traditional taxi firms, using regular meters to calculate fares.

Effective immediately, drivers who use personal vehicles for commercial use could be fined $61, and the transport department is working to implement higher penalties, Thiraphong said.

The Uber representative who attended the meeting declined to comment.

In neighboring Vietnam, Uber was to discuss means of regulating its service with transport ministry officials on Monday, but cancelled the talks citing “important circumstances.”

In Indonesia — Southeast Asia’s most populous country — private drivers using apps such as Uber to pick up fare-paying passengers are acting illegally, though the law has never been enforced, said Izzul Waro, an adviser to Jakarta’s Transportation Agency.

“Many taxi companies don’t have a formal permit to operate from the government. They operate by themselves. This is usual in Indonesia,” Waro said. Uber does not have a permit, he said.

Uber declined to provide immediate comment on its operations in Vietnam and Indonesia, citing the “crisis” in India.

The ban comes on the same day that a Spanish judge banned the taxi service throughout Spain. And San Francisco on Tuesday arrested an Uber driver over the death of a 9 year-old-girl allegedly hit by his car, Bloomberg reports. The incident happened on New Year’s Eve last year. Rio De Janeiro and Portland, Oregon, have charged that the app violates local license requirements, according to the news service.