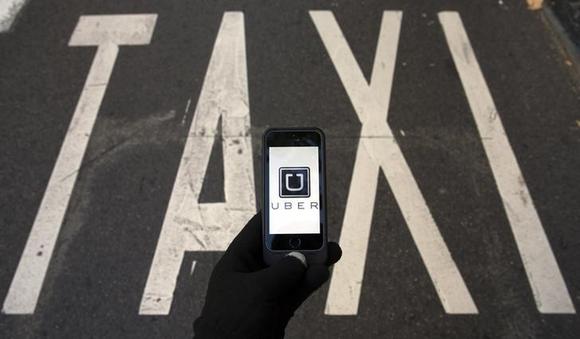 The logo of car-sharing service app Uber on a smartphone over a reserved lane for taxis in a street is seen in this photo illustration taken in Madrid on December 10, 2014.

(Reuters) – Uber Technologies Inc has been hit with a proposed class action lawsuit over a recently disclosed data breach involving the personal information of about 50,000 drivers, the latest in a series of legal woes to hit the Internet car service.

The suit, filed Thursday in federal court in San Francisco by Sasha Antman, an Uber driver in Portland, Oregon, says the company did not do enough to prevent the 2014 breach and waited too long — about five months — to disclose it.

Last month, Uber said it had discovered in September that an unknown person had gained access to a database containing the names and driver’s license numbers of thousands of drivers.

The suit, which seeks more than $5 million in damages, says Antman and other drivers “now face years of constant surveillance of their financial and personal records…and loss of rights.”

A spokeswoman for San Francisco-based Uber did not immediately return a request for comment on Friday. When the company announced the breach, it said there had been no reports of drivers’ information being misused.

While Uber has been growing in popularity and is now among the most valuable U.S. startups, it is also facing mounting legal challenges from drivers, passengers and the government.

Uber drivers in Chicago, Boston, Washington, D.C. and other cities have been arrested for assaulting passengers, prompting multiple lawsuits from victims.

Uber is also facing claims by drivers who say they were illegally classified as independent contractors. A federal judge in San Francisco on Wednesday rejected the company’s bid to dismiss one of the suits, saying it should be decided by a jury. A ruling against Uber could force it to pay Social Security and workers’ compensation and reimburse drivers for gas and auto insurance, dramatically altering its business model.

Uber has been fighting most of the claims, saying it has a rigorous background check process and that drivers are not employees of the company because they choose when to work.

The case is Antman v. Uber Technologies Inc, U.S. District Court for the Northern District of California, No. 15-1175.