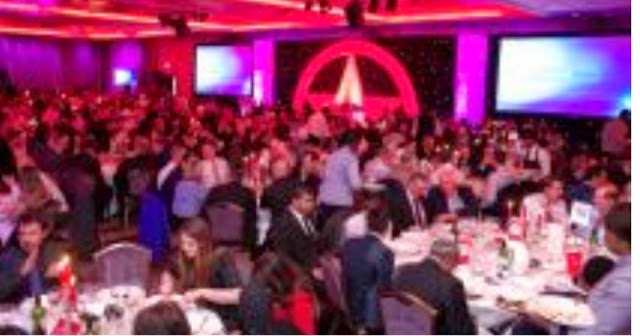 The people and organisations that make a real difference to transport across London were recognised at the 12th annual London Transport Awards last night. The London Borough of Southwark picked up the top award of the night for Transport Borough of the Year, London Overground (LOROL) took the Rail Operator of the Year title while Abellio London & Surrey won Bus Operator of the Year.

Winners of Transport Borough, Southwark, have had a fantastic year and it looks set to get even better with investment in infrastructure to double for each of the next four years to over £8m annually. Southwark’s rapidly rising infrastructure investment seeks to improve all modes of travel within the borough with a particular emphasis on walking and cycling. A new cycling strategy is committed to increasing levels of cycling to 10% by 2026 and work is due to start this year on the North-South Cycle Superhighway at Elephant & Castle. In addition to this the borough is about to undertake one of London’s biggest regeneration projects which will transform the Elephant & Castle roundabout into a major new public space.

There were a few new categories at this year’s awards three of which were to commend operators in their specific industries.  Rail Operator of the Year, sponsored by Bombardier Transportation, was won by LOROL which has seen a fivefold increase since the start of its concession. Carrying 135 million passengers annually LOROL continues to maintain a high level of performance and punctuality. Bus Operator of the Year, endorsed by TfL, was presented to Abellio London & Surrey who have managed to climb from the bottom to the top of bus operator’s league tables within 18 months. Abellio have also maintained their position at the top of TfL’s excess waiting time league table for 21 of the last 22 periods. The third and final award for operators went to Carrot Cars for Taxi & Private Hire Operator of the Year. Carrot Cars have an excellent reputation for cheap, clean, reliable minicabs coupled with excellent customer service and were personally recommended by former transport minister Jim Fitzpatrick, MP for Poplar and Limehouse.

Two special individual awards were given out on the night.  Outstanding Contribution to Transport in London, sponsored by Amey, was awarded to Jules Pipe, Mayor of Hackney, who has overseen and driven the transformation of Hackney Borough into the best performing sustainable transport borough in the UK. Hackney now has the highest growth in cycling of any local authority area, at over 15%. In addition to this Hackney has seen the highest growth in walk trips and has the highest level of bus ridership in the UK. Jules became the borough’s first directly elected Mayor in October 2002 and was re-elected for a fourth term in May 2014, a testament to the superb work he has done.

Simon Thomas, Contracts Tendering Manager for London Bus Services at TfL received an award for his Lifetime Contribution to Transport in London, sponsored by Siemens. Simon has spent the last 40 years working tirelessly to make transport services in London more efficient and driving better quality services for passengers. He joined London Transport in 1974, moving into the Travel Information Service in 1982 where he had responsibility for over 200 staff at its peak.

In 1995, he joined the London Buses’ tender evaluation team holding various roles in the Bus business. Simon has been one of the key driving forces behind many of the initiatives and successes of the London Bus Network over the last 20 years. The greatest testament to his professionalism is the regard and respect in which he is held by all of the people he has worked with in TfL and the Bus Operator community.  Due to retire next month, Simon will be greatly missed by all his colleagues in the industry.

“London’s population is now the biggest in its history, and the city increasingly works and plays both day and night. This presents a continuous challenge to support many more millions of journeys each day. These awards let us take stock and celebrate achievements in keeping London working and growing, and making life here better.

2014 was outstanding.  The Tube ridership record set during the 2012 Olympic Games was exceeded several times and London’s bus operators carried a record 50 million passengers in one week. The first extra cars were added to London Overground trains, while Crossrail laid the new railway’s first tracks.

National Rail opened up more data than ever before and we are working together to provide integrated, real-time information. We also saw a world first in the acceptance of contactless bank cards throughout the TfL network.

The Year of the Bus included the magnificent Regent Street cavalcade and a restored B-type bus commemorating   the role of London buses in the First World War. We also celebrated the centenary of women entering the industry. The 100 Years of Women in Transport programme aims to inspire current and future transport workers and ultimately strengthen the diversity of our workforce.

These are challenging economic times and we must continue to make a compelling case for investment both in the transport infrastructure and the services that build London and the UK’s other cities and drive jobs and growth. I am delighted to support these awards, which showcase the work of transport authorities, operators, suppliers and contractors, and all their people in ensuring that London remains a world leading city.”

The full list of award winners and those who were highly commended is as follows:
Transport Borough of the Yearendorsed by Transport for London
Winner: Southwark Borough Council

Bus Operator of the Yearendorsed by Transport for London
Winner: Abellio London & Surrey

The awards are organised by Transport Times Events