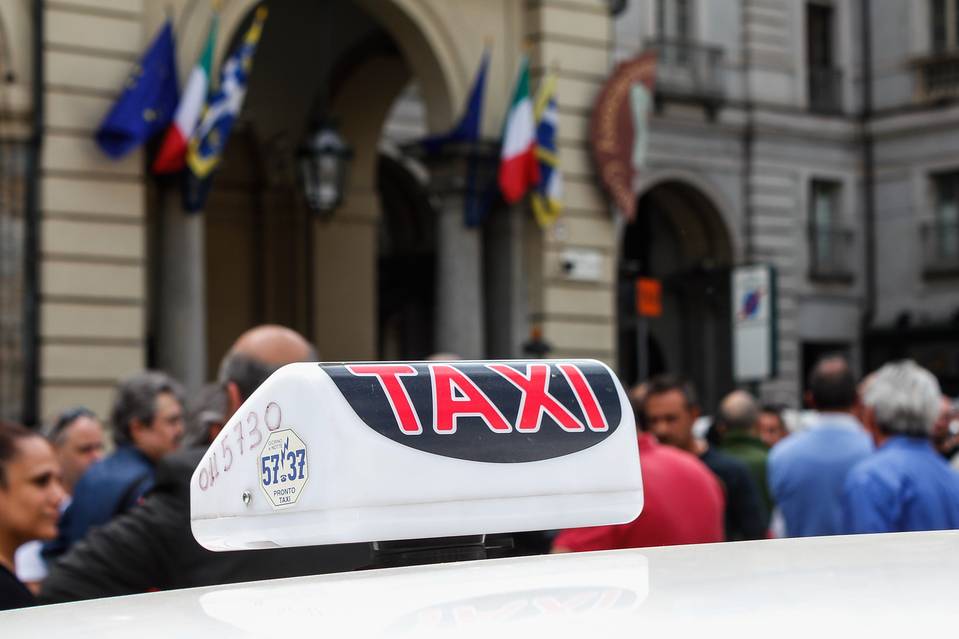 A taxi sign during a protest against Uber in Turin, Italy, in April.
Uber said it would appeal a Milan court ruling on Tuesday that the company discontinue its Uberpop service, which uses drivers without commercial licenses, in all of Italy. PHOTO: ZUMA PRESS

Uber Technologies Inc.’s legal woes in Europe continued as a Milan court Tuesday ordered that the car-hailing company’s low-cost Uberpop service be discontinued in all of Italy.

Uberpop, which uses drivers without commercial licenses, constitutes unfair competition for traditional taxi drivers, a Milan judge said in his ruling. Uber has 15 days to stop its Uberpop service in Italy after which the San Francisco-based company will be fined €20,000 ($22,000) a day. Uber also must post the ruling on its website.

Uber said it would appeal the court’s ruling and that Uberpop would continue to be available in Italy until the two-week window expires.

“This is an important victory, but it is just the first battle in what will be a very long fight to make sure the rules are followed in Italy,” said Pietro Gagliardi, a representative of Unione Artigiani’s taxi trade group. “Once this verdict is confirmed we will go after Uber Black.”

Uber Black, which uses drivers with professional licenses that have been vetted by the company, will continue to be available in Milan and Rome. Uber Black is legal in Italy, but the cars are supposed to be parked in designated places when they respond to requests from users, something that isn’t respected, according to Mr. Gagliardi.

The legal troubles facing Uber span Europe—particularly relating to Uberpop—and include cases in Germany, France and Spain. Uber has filed its own complaints with the European Commission in relation to cases in the three countries. The battles are crossing borders, with taxi drivers in different countries sometimes coordinating their protests.

“This ruling in Milan will create waves across Europe and will give our colleagues in other countries the strength to keep fighting,” said Mr. Gagliardi.