Uber ordered to shut down in South Carolina, Philadelphia Racketeers and City of Boston Sued: 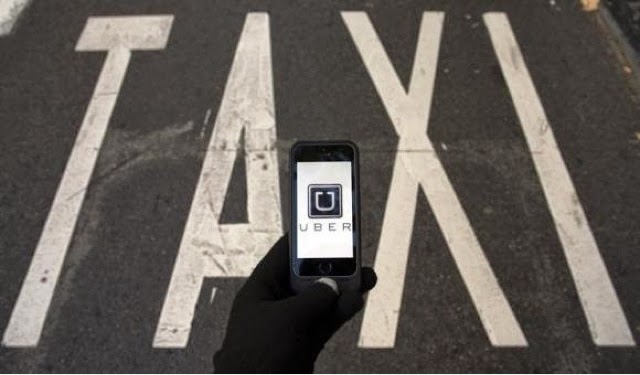 Ride-sharing company Uber has been ordered by South Carolina regulators to cease operations in the state while it remains in the process of seeking permission to legally do business there.
The San Francisco-based company, valued at about $40 billion in its latest fundraising, has touched a raw nerve in many parts of the United States and other countries by threatening to open up often tightly controlled and licensed taxicab markets.
Uber said in a statement that the South Carolina Public Service Commission’s order directed at Raiser LLC, an Uber subsidiary, was unexpected and issued despite the company’s close work with state regulators.
The commission said it believes Uber has been operating in the state since July. On its website, Uber offers service in four South Carolina cities: Columbia, Charleston, Myrtle Beach and Greenville.
The ride-sharing company has been under increasing scrutiny over passenger safety issues. In recent weeks, two Uber drivers in Chicago and another in New Delhi, India, have been accused of sexually assaulting passengers.
Uber Sued In Los Angeles and San Francisco:
Prosecutors in Los Angeles and San Francisco last month said they sued the company for misleading customers about its background checks on drivers.
Philadelphia: Uber accused of racketeering:
Dozens of Philadelphia taxi companies are asking a federal judge to shut down their rival, Uber car service. They accuse Uber of racketeering and wire fraud.
The cab owners mince no words in accusing Uber of operating “unlawfully,” “in bad faith” and with “evil or rancorous motive and ill will.”
“Not since the days of bootlegging has there been a criminal enterprise so brazen,” the suit reads. “Their outrageous acts are legion.”
The suit refers to Uber cars as “gypsy cabs,” that have undermined the state’s regulatory scheme and the financial state of the entire industry causing, the suit claims, immediate and irreparable harm to the taxi companies, for which they seek unspecified damages, as well as an injunction.
The suit says Uber meets the definition of a corrupt organization under the RICO statute and says the payment scheme to drivers amounts to wire fraud.
Boston: Taxi Drivers Sue City For Allowing Uber/Lyft To Operate
The lawsuit, filed Friday in federal court, said the city’s policies make taxi owners “spend hundreds of thousands of dollars per taxi to engage in taxi business and to comply with its vast set of regulations,” while ride-hailing company vehicles “compete in the same business without any particular regulation.”
India: Uber Rape Victim To Sue In US Court:
A woman who was allegedly raped by an Uber taxi driver in India’s capital has hired a prominent lawyer to sue the online-hailing taxi service in U.S. courts.
The financial executive, who cannot be named under an Indian law that grants rape victims anonymity, has hired Douglas Wigdor, a New York-based employment lawyer.
Source : Reuters : CBS: Boston Globe : Indipendent