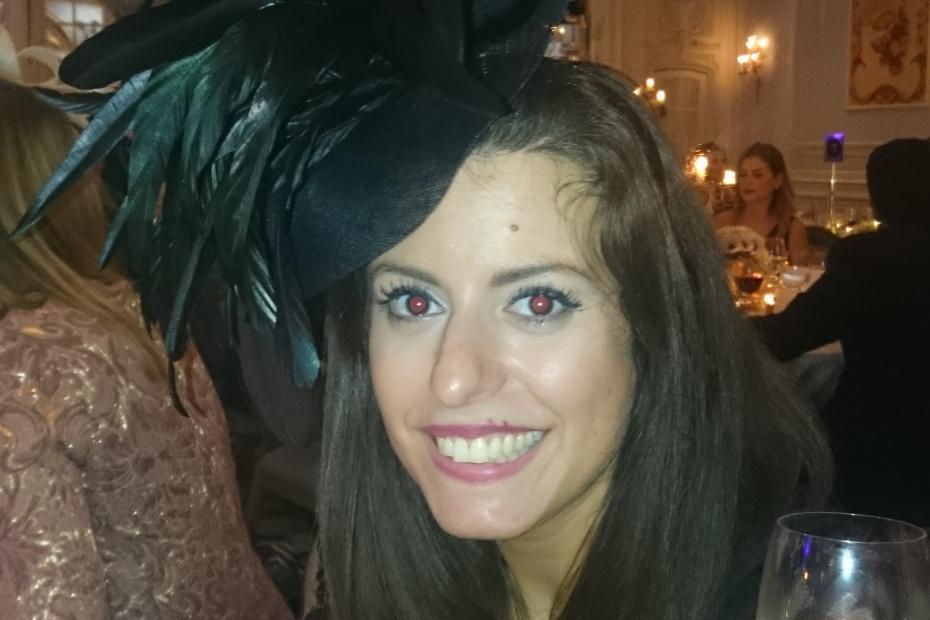 Comedian Hannah Warman caught the cab to get home from a friend’s party in Stoke Newington to her home, a five-minute walk away.

But, after she fell asleep in the back of the car, her driver appears to have taken her on a 35-mile, 90-minute trip around London.

A map of her journey shows the driver heading west through Wembley and towards Ealing, before doubling back and eventually dropping her off at the destination. 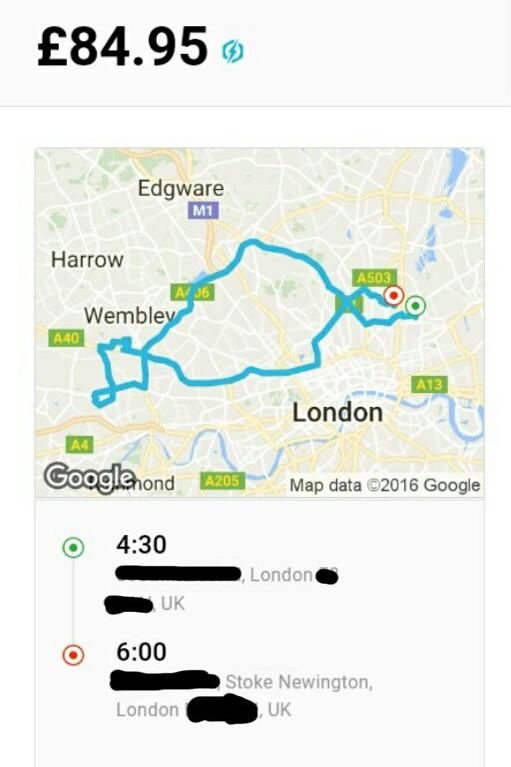 Route: The recipt shows the driver went on a 90-minute trip across London (Hannah Warman)

She told the Standard: “I must’ve fallen asleep in the car. I woke up a couple of times and said ‘Why is this taking so long?’

“I think I assumed he’d got a bit lost or something but I had no idea it’d been an hour and a half.

“I fell back asleep. I went straight to bed once I’d got home and I only realised what had happened the next day when I got an email receipt for my £85 Uber journey.”

Uber have refunded the money but Ms Warman said further action was needed against the driver.

She said: “After a lot of emails, Uber have refunded most of the fee but I feel like I don’t trust them anymore.

“I feel like they should reassure me that the driver was penalised or dismissed and explain how this could’ve happened.”

An Uber spokesman said: “We are speaking to the licensed driver and the rider to establish exactly what happened and have given the rider a full refund