Uber Driver In Holborn Hit And Run…TfL not to deal with complaint, as usual.

A cyclist has criticised the safety of the Uber app after her bike was left crushed by a driver and claims there is a “hole in the system”.
Ines Nadal, 30, was cycling home from work in Holborn when she was struck from behind while waiting at a red light at the junction of Theobald’s Road and Gray’s Inn Road on Monday.
The back wheel of her bike went under the car as Miss Nadal fell onto the bonnet, leaving it in a crumpled heap. 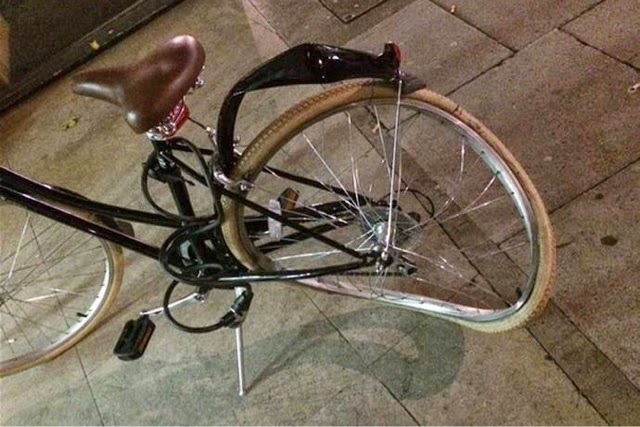 As soon as she was back on her feet she prised the crushed bike from underneath the car and attempted to get insurance details from the driver, but to her surprise she says he drove off.
She escaped with only a few bruises and did not require hospital treatment.
Witnesses were able to note down the vehicle’s number plate and Uber confirmed it was one of their cars. But she was shocked to find out they would not take full responsibility for the incident as the driver was a ‘partner’ rather than an ‘employee.’
Miss Nadal, of Hackney, said: “If it happened to any other cab the driver would be investigated. In this case because of the sharing system they said he is not an employee of the company – it is a sharing platform.
“It feels like there is a hole in the system, it is a new start up, there is no rules – it could be very dangerous.”
She is now urging Uber to ensure drivers are given full safety training.
Miss Nadal , a digital consultant, added: “I have been cycling to work for a year. I always take the same route, it is not something that has happened before.
“I am not sure if I feel confident to get on another bike. It was my main way of getting into work.”
A spokesman for the Met said police are investigating the incident.
An Uber spokesman disputed Miss Nadal’s claims there was no investigation process.
He said: “We take any incident of this nature incredibly seriously. We have been in touch with the cyclist and offered our support.
“An investigation into this matter is already underway, and we have suspended the driver’s account in the meantime.”
It comes after Uber drivers set up the London Private Hire App-based Drivers Association to protect workers. Members of the union claim drivers are suspended without a thorough investigation when complaints are made.
The Uber ridesharing app works by connecting users with private drivers via a smartphone app. Drivers sign up to use the app and provide their own cars.
Editorial Comment:
Currently there are three major flaws in the way Private Hire (PH) operates in the London area.
1. There is no driver safety training. Unlike the licensed Taxi trade where drivers have to undergo an advanced driving test.
2. Currently, there is no proper complaints procedure in place regarding private hire drivers. In a bid to play down the enormous amount of complaints received, TfL pass customer complaints on to the PH operator to deal with. That way there are no TfL statistics held concerning driver complaints. No statistics…no problem!
3. At present in the capital, anyone can buy a fully licensed private hire vehicle (PHV), you don’t need to have a PHV licence to own one. In London, a PHV owner can legitimately lend the vehicle to anyone they choose, unlike in provincial licensing ares, where a PHV can only be used as a minicab and not for social demestic use. Rachael Griffin of the Suzie Lamplugh trust recently stated on Sky news:
“We know that posing as legitimate minicabs is the favoured method of quite dangerous sexual predators”
As editor of Taxi Leaks, I would like to take this opportunity to thank Alexandra Rucki of the Evening Standard, who has taken the trouble to report the facts correctly.
It is such a pleasant change to read an article in the standard that doesn’t falsely accuse Private Hire drivers or operators as being a ” Taxi” driver or “Taxi” company. 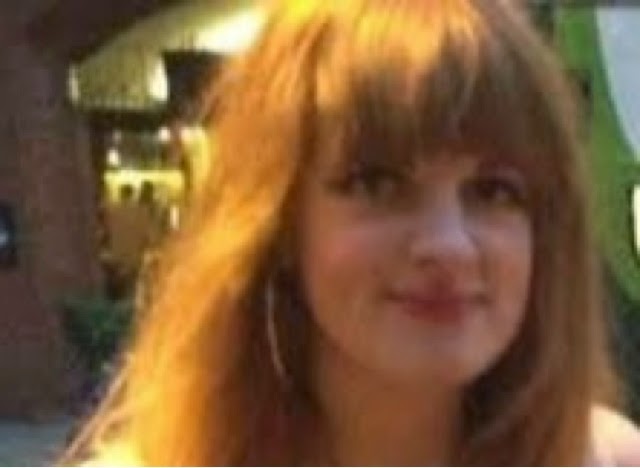