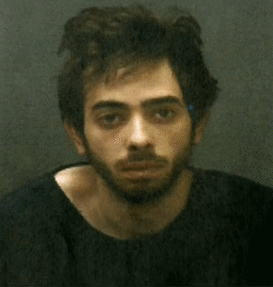 An Uber driver has been arrested on suspicion of sexually assaulting his teen passenger in Orange County, Calif., police said Wednesday.

Police say Samer Mahran, 23, was taken into custody on Saturday.

Officers said that around 2:30 a.m that day, the driver picked up his passenger — a 17-year-old female who was intoxicated —  in Huntington Beach.

The teen’s family reportedly used the Uber app to track her down when it seemed to be taking a long time for her to arrive home. The station reports that police say the app showed the car was stopped near the girl’s home in Laguna Beach.

Police say witnesses confronted Mahran, who was allegedly in the back seat with the girl.

Sgt. Tim Kleiser of the Laguna Beach Police Department told the station that the witnesses “got the victim out of the vehicle” and then that Mahran “hopped into the front seat and fled off” before police arrived.

Mahran reportedly bailed out of jail.

An Uber spokeswoman wrote, “We’re devastated by what their family has gone through and our thoughts are with them. We’ll continue working with police to support the investigation and proceedings. The individual has been permanently barred from the app.”

According to Uber, Mahran went through the required background checks and passed.