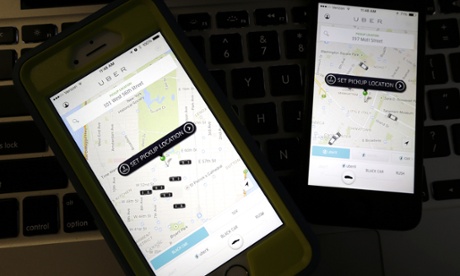 Uber says a Chicago driver accused of sexual assault was not authorised to pick up passengers for the ride-sharing company and was driving an account created in his wife’s name.

Prosecutors say Maxime Fohounhedo used his own photo and phone number on the account, while the San Francisco-based taxi company says the account was created in his wife’s name in violation of Uber’s rules.

Uber spokeswoman Jennifer Mullin couldn’t immediately explain how that discrepancy could have been missed during the application process or despite what she said were Uber’s “regular re-checks” of driver photos.

“We do our best to send drivers though our background check process, which far exceeds what’s expected of taxis,” she told the Associated Press. “But there is also a responsibility for the rider to make sure that when they get into an Uber that they’re checking the license plate and they’re checking the driver’s face and making sure all that matches up.”

In this case, though, such scrutiny by the rider might not have helped because Fohounhedo’s own photo would have showed up on the user’s smartphone, Mullin told AP.

Fohounhedo was arrested Sunday and has been charged with sexual assault in an alleged attack in November. A judge ordered him held Tuesday in lieu of $500,000 bail.

Public defender Sandra Bennewitz told reporters Fohounhedo “has evidence that will support his claim that he did not do this and that whatever happened was consensual.”

Earlier this month, a driver in India was accused of raping a female passenger. Indian police accused the service of not properly vetting drivers after it emerged that driver had been arrested for an alleged sexual assault three years ago. Reuters reported at the time that Indian police were considering legal action against Uber over a failure to run background checks.

“Californians and California lawmakers all agree – Uber is an integral, safe and established part of the transportation ecosystem in the Golden State,” Uber spokeswoman Eva Behrend said in a statement at the time. “Uber has met with the district attorneys to address their concerns regarding airport operations, the uberPOOL product, background checks and operation of the app. We will continue to engage in discussions with the district attorneys.”

The Associated Press contributed to this report.