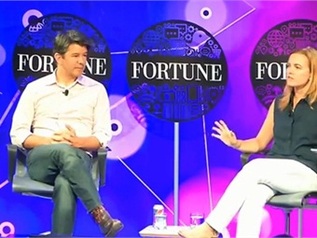 Remember when Uber’s CEO admitted “ridesharing” breaks the law? Let’s go to the tape:In an interview at the Fortune Brainstorm Tech conference in 2013, Uber’s CEO, Travis Kalanick, called Lyft’s business practices “criminal.”His comments came when his interviewer asked him about Lyft, his competitor. Kalanick says his first reaction to seeing Lyft in the market was one of disbelief.“I’m like, holy cow, every trip that’s happening—I’m reading the law—every trip that’s happening is a criminal misdemeanor committed by the person driving. I don’t think that’s a good law, but that is the law.”Ah, but then he realized two things. First: “What they were able to do because of no commercial insurance and because of easy access to supply, the cost was really low. You could see a situation where they’d eat you up from the bottom up.” In other words, Uber was about to lose its market share.Second, he realized that regulators were not exactly paying attention, so, to hell with it, he thought: Let’s make some money! “[I]f you have a policy of non-enforcement that goes 30 days, we call this ‘regulatory ambiguity,’ then we’re coming in too because we want to participate in this kind of innovation.”What he calls “participate in this kind of innovation” is what we would call “breaking the law.” Can we participate in an innovative tax payment plan by not paying taxes at all? Can we participate in an innovative restaurant business by ignoring health codes? Can we launch an innovative airline that allows private Cessna pilots to become a commercial airline without proper licensing? But Kalanick isn’t worried about the safety concerns of letting just about anyone drive for his low-cost uberX service. Kalanick says “we basically found a way” to put drivers on the street “with background checks and insurance.”Bullshit. Here’s the reality check: Six months later one of his uberX drivers struck and killed a 6-year-old girl in a crosswalk. Uber has denied all responsibility, even though the driver was on the streets in the service of uberX at the time, with his app open, looking for his next fare.In another incident, two passengers injured while riding in an uberX car were told by Uber to collect damages from the driver, not from Uber, months after Kalanick had claimed to have miraculously solved his massive insurance problem.Months’ later, numerous news outlets reported felons behind the wheel of Uber cars in Los Angeles, San Francisco and Chicago.Meanwhile, courts in Texas and Massachusetts are examining lawsuits contending racketeering and corruption, allegations usually reserved for mafia cases. Can we honestly still believe these guys have our best interests at heart?Now, Uber is setting its sights on a $10 billion valuation with a new round of funding. And for all that money, and all these assurances, no one has yet seen a full certified copy of Uber’s insurance, and it still has zero access to police and FBI databases for background checks. Letting Uber do anything it damn well pleases in the name of innovation is just plain wrong. So on at least one point, Mr. Kalanick, we agree: “every trip that’s happening is a criminal misdemeanor.”