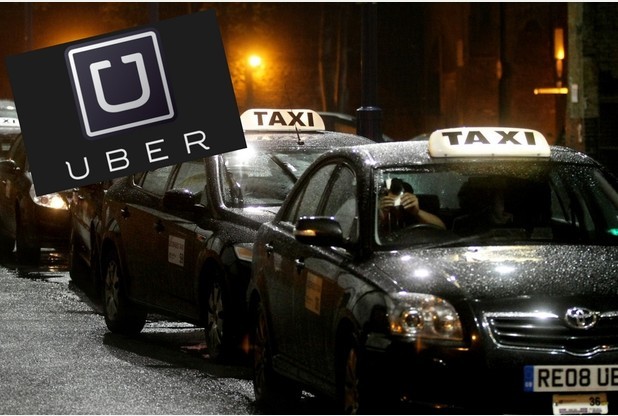 Uber, an American company that uses a smartphone app to connect cars for hire with people wanting to get around, now operates in 516 cities worldwide, including London and the counties surrounding it.

The cars are not licensed to pick use taxi ranks but Stephen Smith, who owns Brentwood Station-based Treble Twenty Cars and Couriers, said that is exactly what they are doing.

“They are not licensed to sit on ranks in Brentwood and people in Brentwood could get in an Uber not knowing that it isn’t a proper taxi,” he said.

“It’s only a problem on Friday and Saturday nights because Uber drivers know there is an opportunity there with people at the Sugar Hut so they are all coming to Brentwood.

“That’s fine apart from the fact that they shouldn’t be sitting in taxi ranks trying to be taxis.”

Mr Smith said the problem has been evident in recent months and he expects it to get much worse heading towards Christmas as more people will be going out at night.

“If we don’t do something about it now it will get much worse,” he said.

“The problem is that there isn’t much enforcement and the enforcement officers aren’t working when they are doing it because it’s at night.

“I expect the problem to increase because Uber are spreading out of London more and more as time goes on.”

She said: “We are aware of allegations of Uber cars illegally touting for trade in Brentwood High Street on Friday and Saturday nights.

“We take these allegations very seriously and are currently gathering evidence to enable us to take the appropriate action if this is happening.”

She also said Brentwood residents have complained about Uber after a mapping car was spotted parking on driveways in the borough.

Mapping cars are vehicles with cameras on their roofs that take pictures of streets. Uber is doing this to driving routes and location accuracy for their drivers and hope to eventually use the maps for self-driving cars.

Cllr McKinlay said: “Last week we received complaints about an Uber mapping car in the borough.

“A resident in Herongate contacted us to say that the car had parked on her driveway, and when she questioned the driver he said he had permission from the council to park there and observe houses in the area.

“We also received calls from taxi drivers in Brentwood that an Uber mapping car had parked in taxi ranks in Brentwood High Street and at the station and again when questioned, said that he has permission from the council to do so.

“This is completely untrue, the council hasn’t given Uber permission to do this and we wouldn’t even if asked.

“On behalf of our residents and taxi drivers, we tweeted Uber saying ‘Please @UberUKsupport ask your Brentwood mapping car to stop illegally parking in private drives/taxi ranks saying he has council permission’.

“We were tweeted back by Uber and asked to contact them with details so that they can investigate, which we did.

“Since then we have received an apology from Uber, apologising for the behaviour of the driver and that there is no reason he should be doing or saying this.

“They have promised to follow up with the driver to ensure this does not happen again. We hope this is the case but obviously, we will be keeping an eye on the situation.”

A spokesman for Uber said: “All Uber trips are pre-booked through our app before a journey can take place.