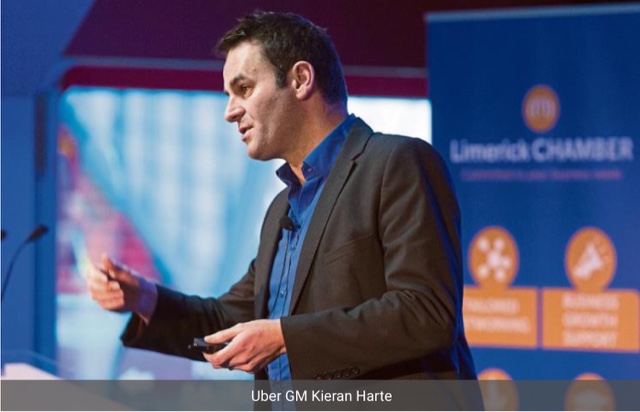 THE general manager of Uber in Ireland has denied claims that local taxi drivers will be out of work if the firm brings ride-sharing to the city.

Jude Williams of Xpert-Treaty Cabs based in Davis Street was speaking on RTE’s Today with Sean O’Rourke, and said if Uber was allowed to operate a ride-sharing service in Limerick – allowing regular drivers to pick up passengers for a fee, it could see 20,000 drivers out of work.

But Kieran Harte, rejected this claim, saying: “There are no numbers I have seen that taxi numbers, as the gentleman said, are falling down in matters of weeks. We have been in Los Angeles for five years now, and the ground transportation market has grown by 500% there. Taxis have only felt an impact of less than 10% there.”

“It is hardly controversial,” he added. “It is used if someone who owns a car, and wishes to drive their fellow citizen from point A to point B.”

Uber is well on the way to creating 300 new jobs in Limerick, with the setting up of its ‘centre of excellence’ in Thomas Street, servicing Europe, the Middle-East and Africa.

But Mr Williams said: “If they do come up with the jobs, it’s great news. But they could be putting 20,000 taxis out of work. If they work the way they work in the United States, they will wipe out the taxi industry within weeks, rather than months.”

Uber currently does not operate a ride-sharing service in Ireland – only partnering with some taxi drivers in Dublin.

But Mr Harte says it is something he would love to see here, confirming the firm is in debate with both government, and local authorities.

He also disclosed workers at Uber’s new centre of excellence in Limerick can earn from €30,000 upwards.