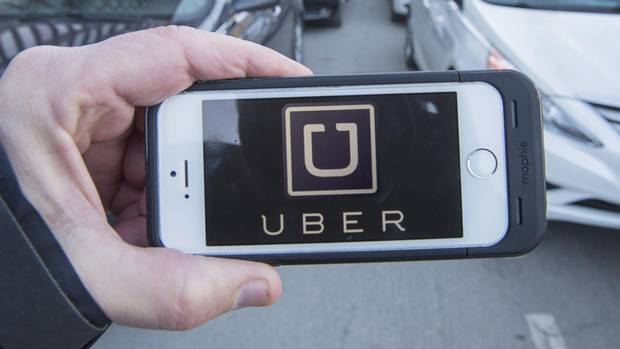 The manager for Uber in Alberta says the ride-sharing app will cease operating in the province on Tuesday unless the provincial government makes insurance and licensing changes.

Ramit Kar told a demonstration of about 150 Uber supporters on the steps of the Alberta legislature on Saturday that the government must allow flexibility on requirements that drivers have commercial licences.

He says the province must also approve a ride-sharing insurance product that Uber has obtained from a private insurer.

Uber wants the changes in order to satisfy requirements passed by Edmonton Council that take effect on March 1.

Under the Edmonton bylaw, Uber drivers must carry provincially approved insurance, have an annual vehicle inspection and agree to a criminal record check.

Kar says without action by the province by Tuesday, thousands of people will be affected.

“We hope that the voice this group and the many voices they represent are heard by the province and that we see action soon,” Kar told cheering supporters, many of whom were Uber drivers.

“We hope to continue to see you on the road.”

A spokesperson for Alberta Transportation Minister Brian Mason said in an e-mailed statement on Saturday that the government is dealing with several issues, including licensing and insurance, and wants to address all the issues at once rather than in a piecemeal fashion “We are committed to finding an appropriate solution allowing ride share companies to operate in a fair manner, while also protecting drivers, passengers, and other road users,” Aileen Machell said.

Calgary city council has also passed a ride-sharing bylaw which could take effect in April, but officials with Uber have said those rules are too strict.

Calgary’s bylaw requires ride-sharing drivers to have a Class 4 driver’s licence – a commercial licence. It also requires an annual $220 operating licence from the city, regular inspections, proof of eligibility to work in Canada and a police background check.

Several Uber drivers addressed the rally in Edmonton, saying the service gives them jobs and provides users with safe rides.

But Isack Isack, an Edmonton taxi driver who observed the rally and challenged Kar when he took media questions, said a commercial licence is important for anyone carrying passengers for money. Medical requirements for drivers, he noted, are more stringent with a commercial licence.

Kar said Uber drivers are driving their personal cars, and that it’s no different than carpooling. He said Uber has proposed a number of options to the province for getting around the requirements of a commercial licence.