In their announcement earlier this month uber, using a generalisation, state quite falsely, that two thirds of Wheelchair users have been unfairly over charged by Taxis and private hire.
As we know, in respect of London’s licensed Taxis, wheelchair users pay the same fare as everyone else. But then let’s not forget the Ubergate tapes that have shown this company is being coached by TfL Managing Director Leon (turn on off insurance, Yes they have a land line) Daniels.
The passage below has been taken from Uber’s website.

Notice again, the inference that Uber do not do pre bookings. (The subject of the first Ubergate email scandal)
Read more at t.uber.com/LDNWAV
A document has recently appeared on Twitter, showing that TfL have given Uber an exemption from the requirement of having a landline.
Uber say they have been granted an exemption as having a landline for bookings would prejudice the interest of a third party.????
It appears that this company can do what ever they like and that the PHV act of 1998 doesn’t apply to them as in TfL’s eyes, they are in a category all on their own. 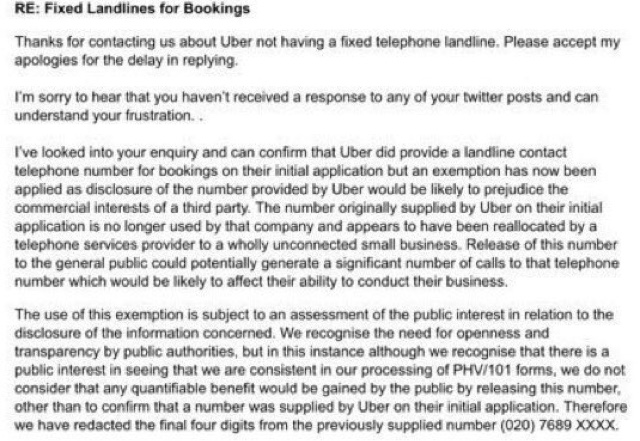 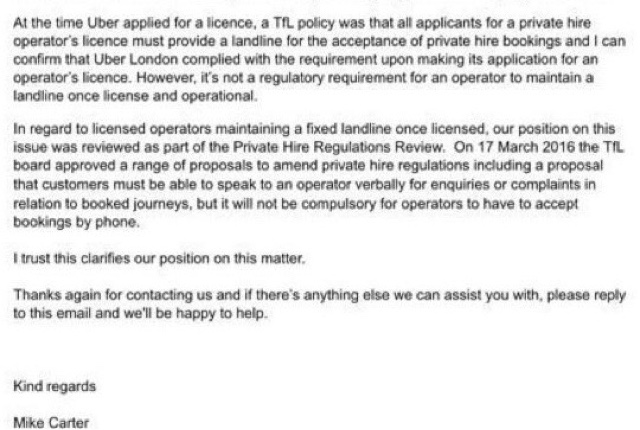