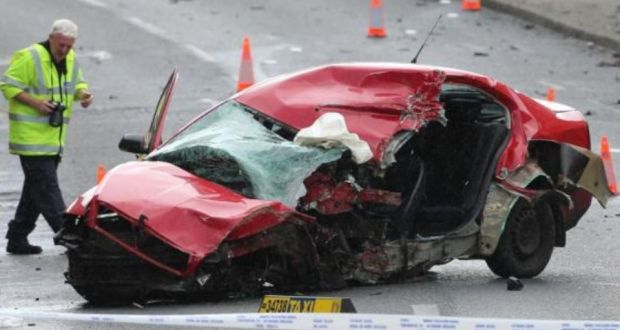 The scene in the James’s Street area of Dublin after a man travelling in a stolen taxi died when it struck a pole in June. Two men have been arrested following another alleged carjacking incident in west Dublin early this morning. Photograph: Niall Carson/PA Wire.

Two men have been arrested following an alleged carjacking incident in west Dublin early this morning.

A taxi driver was held and threatened at knife point by two men at about 4am in the Park West area of Dublin. The taxi driver managed to get out of the vehicle and escape unharmed. The two men drove off in the taxi which was later discovered by gardaí abandoned a short distance from the scene.

Both men have been detained under Section 4 of the Criminal Justice Act, 1984 at Ballyfermot Garda Station.

“There have been a number of incidents recently that have highlighted the vulnerable position many taxi drivers are in, especially when they are working late hours and on isolated streets,” Mr Kelly said.

Clear partitions separating the driver front seat area from the remainder of the vehicle are a feature of traditional London black cabs and the instantly recognisable yellow taxis of New York.

Among the other options that could be considered in the consultation process are in-vehicle security cameras and locational alert systems.

There have been at least five relatively high-profile and often violent car jacking incidents of late, most of them in Dublin. A pregnant woman was assaulted in one incident near Mountjoy Square in Dublin.

In another incident, a female passenger was injured when four men involved in a collision with a bus in Rathdrum, Co Wicklow, stole a black Mercedes after it had stopped to lend them assistance.