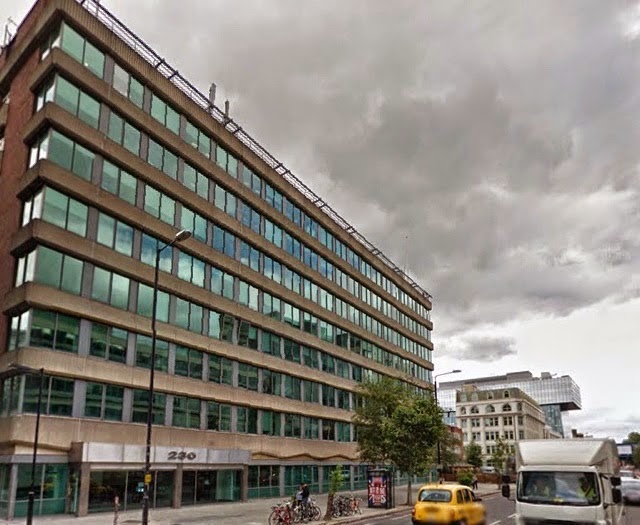 Along with Knowledge of London apearences and Congestion Charging, they will be housed at 230 Blackfriars Road. Although we will only be allowed to use the rear entrance in Chancel Street SE1.

They also announced they intend to launch a new online application service, probably in antisipation of an influx of new PH licence applications to supply Uber’s intended expansion to 40,000 drivers.

BRAND NEW ONLINE APPLICATION SERVICE TO BE INTRODUCED NEXT MONTH

As part of plans to improve and modernise taxi and private hire licensing services in the capital, Transport for London (TfL) will be launching a new counter service from Monday 1 June.

In addition, a brand new online application service on the Taxi and Private Hire pages of the TfL website (http://www.tfl.gov.uk/info-for/taxis-and-private-hire/) will launch towards the end of June.

The counter service has been reintroduced as a direct result of requests from the taxi and private hire trades.  The service, which is available at Chancel Street, SE1 (close to the junction with Burrell Street), will be by appointment only and is principally for customers who need help with driver or operator application process.

Helen Chapman, TfL’s General Manager of Taxi and Private Hire, said: “In our discussions with the taxi and private hire trades, it has been clear that many would welcome the re-introduction of a counter service.  Our new modern facilities at Chancel Street will allow us to interact face-to-face with our customers, helping them with any issues they encounter with their application.

“As part of our plans to modernise and improve licensing, we’re also going to be launching a new online application service to enable drivers to easily and conveniently process their entire application online, including the scanning and uploading of supporting documents, making the process quicker and easier.

Open from 9am to 4pm on weekdays, the counter service will have Customer Advisors who will be able to assist with any questions or difficulties that applicants may have regarding their application.  However they will not be able to issue licences, badges or identifiers, which will continue to be printed by TfL’s secure print partner.

To book an appointment, customers should call 0343 222 444.  They will then receive a confirmation email with details of how to get to Chancel Street, and what they should bring with them.

Unfortunately TfL won’t be able to accommodate customers without an appointment.

The new online application functionality will go live later in June.  This is a significant step in the modernisation of TfL’s taxi and private hire licensing service and will make applications quicker and easier to complete.

TfL will evaluate how these two new services work and will continue to evolve them to ensure they meet customers’ needs.

Ok, spin and “BS” out of the way, what we need is a more efficient, competent and transparent licensing authority. One that puts a duty to public safety above profit. Up till now TPH have been sadly lacking to an extent where they have been accused by the GLA of being woefully inadequate.

We have already seen a dumbing down of LTPH from a Directorate with Director and Deputy, to a department with just a general Manager.

The recent licensing renewal backlog which saw many drivers put out of work through no fault of their own, should never happen again.