Tony Arbour Calls For Taxi Drivers To Be Sacked!… by Dave Davies.

Tony Arbour should be sacked immediately; he not only caused the disruption at City Hall by improperly ending a Public meeting but then made inflammatory and false statements and is now calling for Taxi Drivers who took exception to HIS improper conduct to be sacked.

He said: “Not only did they riot inside the building, they beat up several security guards, one was even knocked out and taken to hospital.

“I hope those responsible can be identified and have their licenses removed. Debate is the essence of democracy; but this was not a debate.”

That’s right Tony it was not a debate.  It was a corrupt Boris Johnson who didn’t want to face  public scrutiny of his improper and unlawful decisions and policies, deliberately avoiding the situation by colluding with you to improperly stop the Mayors Questions.

There have been suggestions of a Judicial Review in the High Court to challenge TFL.

The criteria to get Permission for a Judicial Review may not be met and even if they are this process is as corrupt as Johnson and TFL.

A Judicial Review can only be filed to challenge a particular decision and must be done so within 90 days of that decision being made.

I cannot see a clear decision that has been made that can be challenged.

The issue with Johnson and TFL is not any single decision ; it is utter corruption on may issues effecting taxi drivers.

I personally spent £100k and challenged TFL in the High Court on two occasions with Judicial Reviews.

In the first case the High Court Judge actually ruled that TFL had made 2 unlawful decisions yet no action was ever taken. All I got was a weak apology from TFL. No costs. No damages. No one was sacked for making an unlawful decision in Public Office (a criminal offence). Nothing changed.

The Judge also ignored the evidence and upheld one of TFLs decisions even though it completely contradicted a previous  High Court ruling against the London Cab Drivers Club in 2006.

The Judge, Justice Sir Gary Hickingbottom had previously worked as a Parking Adjudicator for TFL and was congratulated on his appointment as a High Court Judge by TFL in a report. He attended and spoke at conferences with TFL and had a close ongoing relationship with them. How could he possibly fairly hear a case against them?

He did not declare any of this as a conflict of interest.

Instead he heard the case , ignored the evidence , contradicted a previous High Court ruling and found in TFLs favour.

It later transpired that my legal team Edwin Coe LLP were also corrupt and have subsequently lied under oath in court ( a further case against them is ongoing) No wonder I lost!

Anyone who thinks that challenging TFL in the High Court is a course of action that will lead to change is wrong.

All Johnson and TFL need to do is make sure they have a Freemason Judge and who ignores the evidence and rules in their favour
We also know that Cameron told Johnson to ‘lay off Uber’ as Johnson confirmed this in a meeting with Grant Davis. Lets not underestimate the extent of the Prime Ministers influence in this situation.

It will costs tens of thousands of pounds and take months and months and will merely be a distraction and stop proper action from being taken.

The media will immediately report nothing about the ongoing corruption of TFL and Johnson because it will be illegal for them to do so ; if there is a pending High Court Case there are reporting restrictions which prevent any details about that case being reported and it is considered Prejudicial  if someone does report any details.

The only way things will change is if the corruption is fully exposed in the media.

Channel 4 News conducted an investigation into the improper £1 billion tender process for the Royal Albert Docks. They quoted the former Chair of Standards in Public Life Sir Alistair Graham as saying the actions of Boris Johnson were ‘semi corrupt’ (in other words corrupt)

The very best and ONLY course of action is for immediate and continuous direct action with the clear message to the media that the direct action will continue until they themselves report the full true story of utter corruption of Johnson and TFL.

The UCG need to hold a formal Press Conference BEFORE any further action clearly detailing the reasons for direct action.

The General Public hate corruption and will be supportive if the message is given that this is why Taxi Drivers are protesting. 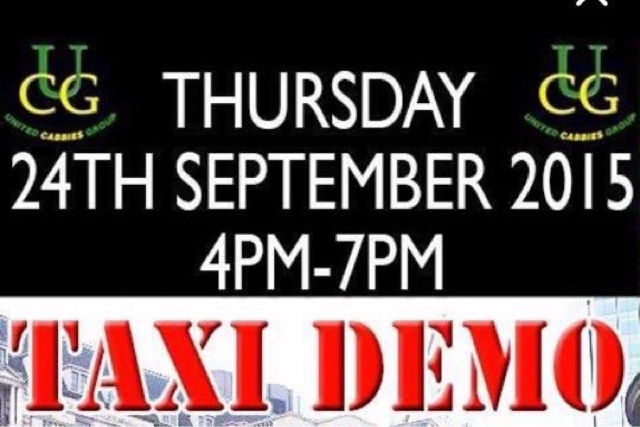 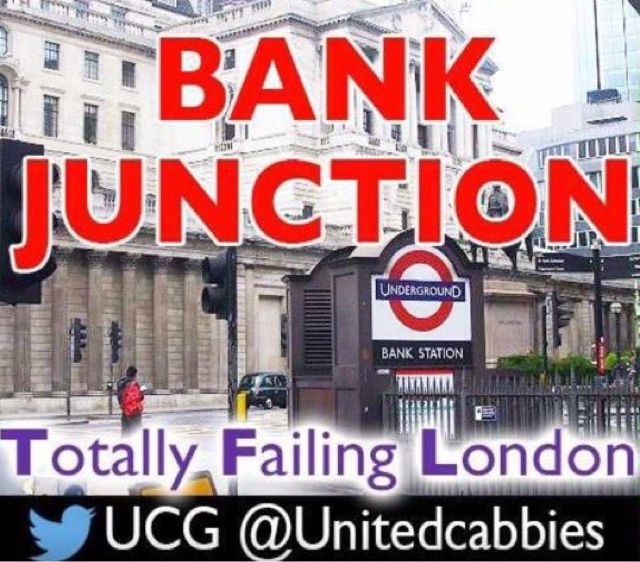