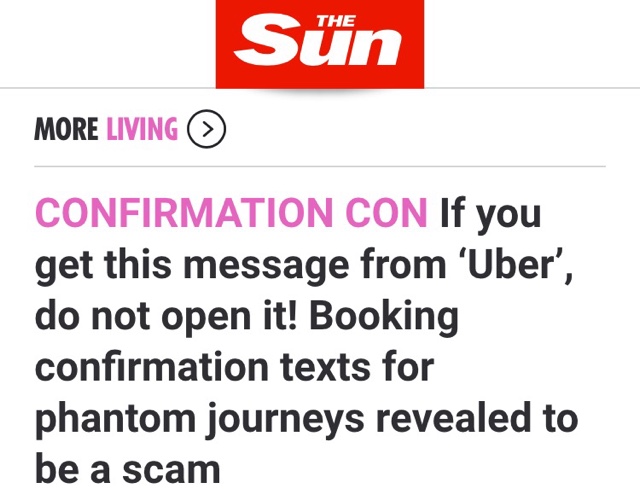 Following on from revelations that Uber customers have had their accounts hacked and in some cases have lost thousands of pounds, this scam is a spoof of an official communication from Uber in an attempt to trick Uber fans into visiting a fake payment site where their payment details are then stolen.

Users across the UK appear to have been targeted and there have been reports of the dodgy text from all across the country.

The cunning text tells the victim that they have booked a trip costing a whopping £217 pounds with an Uber driver called Imran. 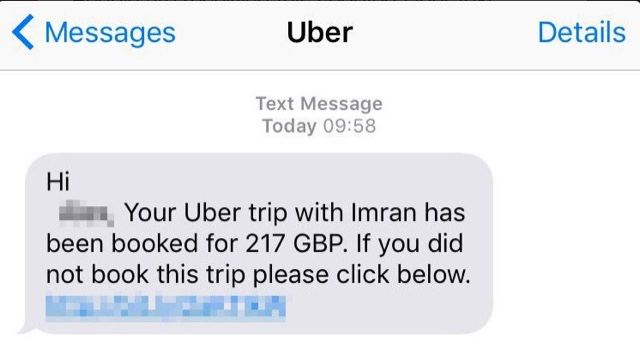 The message is followed by a link that the user can then click on to cancel this unrequested journey – however this link redirects to a fake payment site asking for their banking details.

The con was first revealed by watchdog Action Fraud, which posted a screenshot of the text message online.

Uber has confirmed the messages to be fake, and has warned their users not to click on the link.

So, if you receive this text hit the ‘delete’ button and ignore it