THREE men admitted beating up a 77-year-old taxi driver over an £11 fare. 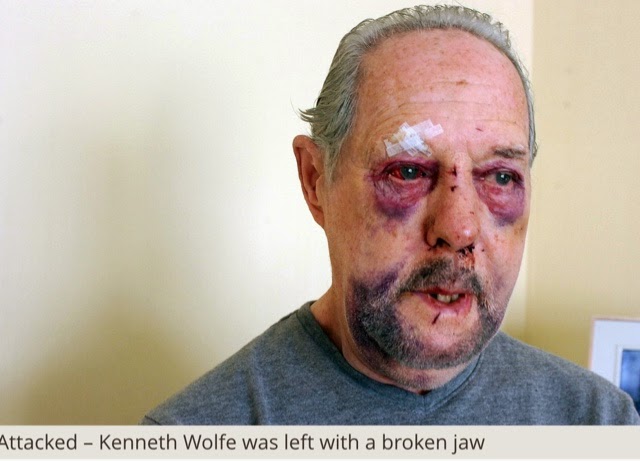 Mr Wolfe, from Leigh, was dropping off two passengers outside the Sainsbury’s store in London Road, Southend, when he was attacked.

Mr Wolfe was attacked at about 11.25pm on Saturday, February 8, after one passenger pretended to get the money out to pay their £11 fare while the other passenger ran off.

The driver got out of his Ford Mondeo to demand the fare and was set upon by the two passengers before a homeless man also joined in the beating.

Mr Wolfe was taken to Southend Hospital by ambulance and later transferred to Broomfield Hospital, Chelmsford, because of his severe facial injuries. Gilbert, 20, and Laidlaw, 22, pleaded guilty at an earlier hearing, but Rhuebell, 24, appeared at Basildon Crown Court yesterday to plead guilty.

Rhuebell, wearing a green custody-issue tracksuit, spoke only to confirm his name and indicate his plea to judge Jonathan Black. Speaking after the attack in February, Mr Wolfe, who has been a taxi driver for 30 years, said: “I’ve only tried to get people home and it’s a good profession, but this has always been a worry.”

Rhuebell of no fixed abode, Gilbert, of the Russetts, Rochford and Laidlaw, of Hawkwell Park Drive, Hockley, will be sentenced at Basildon Crown Court on Friday, November 7.

Myra Wolfe, Kenneth’s wife, said: “We are just pleased that, to all intents and purposes, the whole thing is now over.

“It has been a very difficult time for us, but the victim support people and Det Con Supt Ford have been a great help to us all the way through.”