Thinking of buying an Electric Taxi, think again : Something for you to ponder on…by Jim Thomas.

Has anyone at TfL or the Mayors office, considered the detrimental affect on the drivers health, sitting on top of a massive battery power pack, as used in electric vehicles? 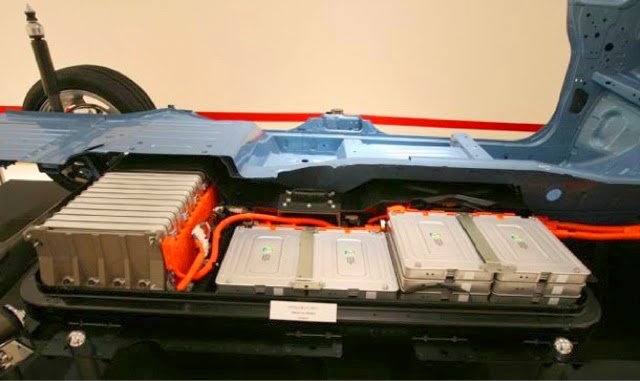 What research has been done to show the effects of sitting on a battery pack like the one above (Standardbatteryinc) for 8-10 hours a day.

Like the effects on people’s health from smoking that was covered up for many years, they’ve known about certain health risk issues involved with the production and use of electric vehicles.

A report from the National Research Council shows that the energy required to produce electricity and batteries makes electric cars and hybrids more harmful to human health than oil based energy vehicles.

This report only recently came to light from Ucilia Wang, dated October 19, 2009.

That’s right. The energy needed to produce electricity and batteries – from harvesting raw materials to burning coal to produce power – renders these low or zero-emission cars more costly to human health, said a report by the National Research Council released on Monday. To a lesser extent, the damage also impacts areas such as grain crop and timber yields, as well as recreation.

The research council set out to paint a fuller picture of the impact of energy production and use in the United States by determining costs that are not typically reflected in the market pricing for energy and related goods. These costs, instead, generally come from the damage caused by things such as air and water pollutants.

Impact from corn ethanol production was similar or “slightly worse” than gasoline because turning corn into fuel takes more energy, the report said.

Electric and plug-in hybrid cars also aren’t as “green” as they appear. While these cars produce less or no emissions, they are run on power from fossil fuels, the report said. Manufacturing batteries and electric motors also takes up quite a lot of energy.

The report concluded that the non-climate damage caused by manufacturing and operating electric/hybrid cars was “somewhat higher” than other types of cars in 2005, and the same trend would continue towards 2030

This report from the BBC.

Electric cars might pollute much more than petrol or diesel-powered cars, according to new research.

The Norwegian University of Science and Technology study found greenhouse gas emissions rose dramatically if coal was used to produce the electricity.

The team looked at the life-cycle impact of conventional and electric vehicles.

In essence, they considered how the production, the use and the end-of-life dismantling of a car affects the environment, explained co-author Prof Anders Hammer Stromman.

“The production phase of electric vehicles proved substantially more environmentally intensive,” the report said, comparing it to how petrol and diesel cars are made.

“The global warming potential from electric vehicle production is about twice that of conventional vehicles.”

And this latest report in the Blaze

Electric cars may actually be more harmful to the environment than gas-powered vehicles, possibly invalidating the entire purpose of “green” cars, according to a recent study on the subject.

“Electric cars merely shift negative impacts from one place to another,” writes Zehner, who is a visiting scholar at the University of California, Berkeley.

“Most electric-car assessments analyze only the charging of the car. This is an important factor indeed,” he adds. “But a more rigorous analysis would consider the environmental impacts over the vehicle’s entire life cycle, from its construction through its operation and on to its eventual retirement at the junkyard.”

“Upon closer consideration, moving from petroleum-fueled vehicles to electric cars starts to appear tantamount to shifting from one brand of cigarettes to another,” Zehner said.

The study’s author, was at one point a major supporter of “green” energy initiaves.

He “has since changed his position and become an activist looking at a number of so-called green initiatives,” the report concludes.

But Boris will probably ignore all these reports, much in the same way he has ignored the Defra and Kings reports which told him categorically, that the newer taxis he was pushing into service were giving out more harmful pollution in the form of NO2 and NOx than the older vehicles he was scrapping under his age limit policy.

Constant exposure to EMR is dangerous to health. Would you buy a house under a nation grid high voltage pylon?

Of course you will be told “they’re perfectly safe”. There will be reports from so called environmental experts telling you it’s really quite safe. Probably the same experts who told the Mayor that scrapping older Taxis would cut pollution.

Before the war when we were told, smoking is good for you. Teachers and even doctors smoke. After the war we were told it’s perfectly safe for families to be housed in prefabs made mainly from asbestos sheeting.

The government knew about the health dangers associated with asbestos in 1912 but did and said nothing.

Now anyone dealing with this stuff has to dress in a spacemans suit to deal with it.

Will Taxi drivers in the future be forced to wear anti EMR suits to be safe at work?

And my arse won’t be sitting on one of these environmental time bombs.

The Longterm Effects of ElectroMagnetic Radiation

www.globalhealingcenter.com › … › Health Hazards To Know About

Electromagnetic radiation causes tissue damage by releasing electrons in the … the fact that radiation from cellular devices is demonstrated to be dangerous.

Dangers of Electromagnetic Radiation. You don’t see it, but that doesn’t mean it’s not there. Don’t overlook the invisible killer. Avoid them where possible.