If you thought we weren’t in trouble, just look at the danger signs currently set at code red, as history repeats itself.

It’s all out war and TfL’s Sir Peter Hendy has fired a broadside.
STaN repot kicks off A Satellite Office Culture
2007: GLA transport committee meeting:
Assembly member Peter Hulme Cross tells Hendy
“The taxi drivers are complaining that private hire drivers are touting outside night clubs and enforcement is almost nonexistent. “
Hendy laughed and replied;
“Ha ha, they’re always complaining…they should get out more”
Hendy then went into a tirade about how he left the Grosvenor House Hotel with a dinner guest at midnight and there were no cabs outside. He said Cab drivers take their money too easily and go home early and won’t work passed 9 o/clock.

His answer was in the form of the now infamous STaN report. The order was given to scrap the need for full planning permission and satellite offices exploded all over the capital. A veil of respectability was drawn over the lines of cars and everyone from cab enforcement to local council wardens, turned a blind eye.
Top Cop ” Statellite Offices Unenforceable .
Joe Royal of the TOCU unit said the new satellite offices were unenforceable, left and moved on. The TOCU squad was disbanded and enforcement was cut back.
Less arrests meant lower statistics.
After the implementation of Satellite Offices in late 2007, minicab numbers in London escalated from 18,000 to 30,000 in 2010.
TFL have bent over backwards to lubricate the passage of Private Hire driver licenses, operating centres and licence variations (satellite offices)

By 2010, we saw 24hour supermarkets, tobacconists, kiosks, empty phone boxes, ticket agencies and even an archway in Maiden Lane (Bull Court)  given satellite office status >See Simco’s Video<. All given protection by TfL.
On the radio, Hendy has insulted the Taxi trade on many occasions. Take the Eddie Nestor show, 13/06/2013 he said “if you don’t want your business taken by illegal touts, get some cabs out there with their lights on”. He also said TfL had a one hit and your out policy and any driver convicted of a criminal offence would have their licence revoked.
Obviously, not the case if you’re a North London local councillor.
Sir Peter Hendy will also be remembered as the man who closed down the underground on a remembrance Sunday, leaving veterans wanting to get to the Whitehall ceremony stranded. Proving that even though a Knight of the Realm, he has no sense of honour of tradition.

Poppy Cabs
The Taxi trade came to the aid of the stranded veterans running a free service from multiple pick up points all over the capital. It has now become a regular feature with many hundreds of drivers volunteering to give up the days work each year.
2015, Hendy tells the Evening Standard:
“I think what Uber is doing is making headway in the late-night and recreational market, where we know there aren’t enough licensed taxis.”
When asked if he uses Uber, he replied that he did.
And yet the paradox is, it’s TfL that changed the knowledge system to its present state, where the ordeal has gone from an average of 30 months (when they took over from the Met to the present average of 4 1/2 years
While London Taxi drivers are having to work extended hours, overlapping shifts, with higher expenses and less work to go round, they are told by Hendy there aren’t enough Taxis out there.
This is the man who we finance through our licence fees, to drink champagne, eat oysters and sleep with high priced prostitutes 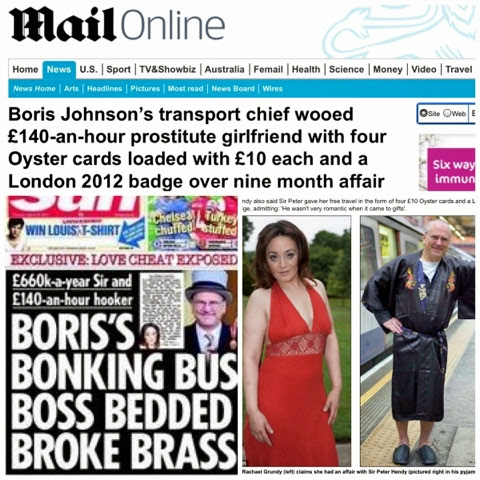 The numbers of all London licensed Taxis drivers has stagnated since around 2007 and yet suburban sectors have been oversold. Rank spaces have been removed in large numbers and presently we now have a situation where there is one rank space for every sixty five Taxis.
This is an intentional agenda which helps to feed the ever increasing operating centres with plenty of work. Minicab numbers have almost quadrupled, rising from 18,000 at the beginning of 2007 to the present 70,928.
Long lines of Private Hire vehicles are left alone to tout outside virtually every night venue, some larger PH operators only operate in this way.

RD2, regular offender outside Old Billingsgate
On the other hand Taxi drivers regularly receive PCNs for over ranking, forming unauthorised ranks and takin too long to process Credit Card payments.
Both Westminster and Camden have been filmed targeting Taxis drivers while ignoring other motorists.
Overseas invasion:
The Chinese are set to flood London with cheap Hybrids later this year,  the Law Commission has no intention of defining plying for hire in law and Hendy wants to get rid of us.
We are not only at war, we are fighting for our very survival. Will the rank and file answer the call?
Think we’re not in trouble….Well think again.