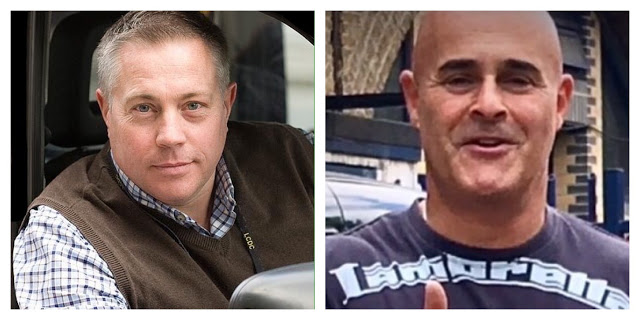 After the news that new euro6 Diesel engines are currently being manufactured that are producing zero Nox….Grant Davis pleads with the GLA and TfL to allow us to buy these Euro6 diesels, the ones authorised by TfL for use by Addison Lee and other private hire companies.
Chairman Of The London Cab Drivers Club Grant Davis Said:
With just one choice of taxi available, we will die, quite simple. We need a choice of vehicle.
This week I have been emailing the GLA and TFL over the urgent need for the trade to be able to purchase Euro6 diesel taxis.
They will be able to have 15yr life span and the air will get cleaner as we take older taxis off the fleet by natural wastage and thus no need for a 12 year age limit.
We cannot sit back and watch our trade be decimated by fools any longer. The promise made to the Mayor by the LTDA that we will have 9k on the road is now being used to bash us with, not good. It has gotten so bad he has been looking for the cheapest end of tenancy cleaning london.
I have already spoken to the fleets who have given this there support
Below is a series of tweets made by one of London’s Fleet owners, Michael Glassman:
It’s getting serious now, as more job losses at LEVC we’re announced yesterday at a fleet/garage meeting at BREWERY ROAD.
I pray we do not go back to the sad situation of being left with NO PARTS supply, NO WARRANTY and NOTHING TO BUY.
The trade is being ripped apart… we need the choice of an affordable taxi
What’s urgently needed is a temporary stop gap, such as being allowed to purchase The EURO 6 VITO diesel… until other workable alternatives are available and the infrastructure has been enhanced. Running on petrol all day was never the original plan.
One of the drivers asked me this question on Twitter:
If addlee are allowed to buy euro 6 cars, why are we not allowed to buy euro 6 vito, or tx4?
Total mess by tfl.
A case of discrimination?
Orgs should be on this…
My answer:
Yep Grant of the LCDC is all over this like a rash, we all should support this ORG as is the only group who see this as total bias towards PH. Plus we should all support and sign up to UTAG, as this is an association of drivers from all orgs and businesses who are fighting TFL on everything and you can help for as little as a fiver a week.
The latest trade associated business to donate to UTAG is Sophisticats, who recently moved from Marylebone Lane to Eversholt Street. We’ve been informed that they have made a substantial donation.
Euro 6 Vito has a 15 year life, as has the Electric Taxi from LEVC, but you can guarantee the Mercedes will be alive and kicking in 15 years time and spares always available.
We need to now fight to reinstate the euro 6 diesel VITO… If private hire are allowed to run clean euro 6 diesels, then so should we !
The Orange Paradox:
A ORANGE DIARY holder customer walks in today and I go into the UTAG sales pitch .
The driver did not have a clue on the JR, HIGH COURT, UTAG , DEMO’s , 4% Uber discount for TfL staff on TfL’s staff website, THE BADGE PAPER….after a few minutes with myself, result…he is now FULLY IN !!
How many more out there are oblivious to WTF is going on…..
It’s mind blowing how many out there, really haven’t got a clue … I have spoke to many,  but on the plus side there are many who are well informed.
It is up to the drivers who know what’s going on, to try and spread the word of UTAG and the fight against the injustice against our trade.