The right of Brighton and Hove to decide its own taxi regulations is being “undermined” by Uber ….. Brighton & Hove News 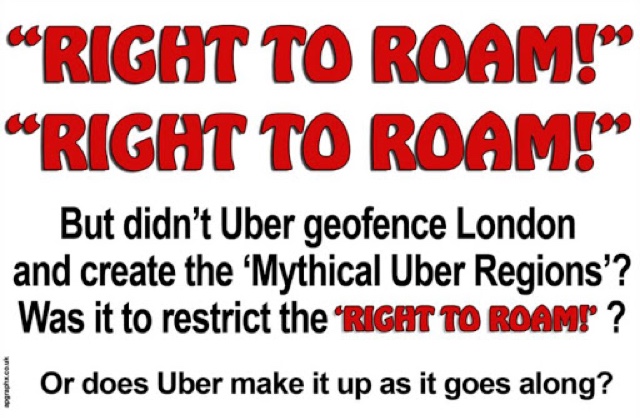 The right of Brighton and Hove to decide its own taxi regulations is being “undermined” by Uber ….. Brighton & Hove News

“The right of Brighton and Hove to decide its own taxi regulations is being “undermined” by Uber and its use of out of area cars, the city council argued as it defended its decision to suspend the controversial ride hailing app’s licence.

Brighton and Hove City Council appealed to district judge Tessa Szagun’s sympathy for localism over the so-called “right to roam” which allows cars licensed in other areas to operate within the city.

But Uber fought back, saying there was not a “scrap of evidence” that out of area taxi drivers had been “rampaging into Brighton” and causing harm to passengers, and pointing out the only complaints had been made by local taxi companies.

Leo Charalambides, appearing for the council at Uber’s appeal, told Brighton Magistrates Court the implications of cross border hiring as used by mobile apps such as Uber had not been tested in the higher courts.

He said: “There were concerns from the outset that the impact of this novel operation needed to be assessed and considered.

“If you look at the example of CCTV in Brighton and Hove, that’s a local policy which is rooted in genuine local concerns.

“There are 97 Uber drivers in Brighton who have CCTV but 117 registered in Lewes operating in the area which may not have.

(AP Comment: No mention of all the other areas that have flooded this city…just concentrated on Lewes.. nothing about all those cars from Chichester.. Southampton.. Portsmouth… Fareham …Havant.. and more?? )

“My case is an appeal for your sympathy for loyalism.

“Our local councillors are concerned that that the right to roam is having an adverse impact on the application of our local policy.

“Can the right to roam be of such importance that the power of local people to decide what their own public interest requires can be so outweighed by that particular legal consideration?”

(AP Comment: Philip Kolvin QC was very vigorous with using the phrase “Right to Roam!” many times throughout the hearing…. possibly a clever subconscious ploy that these clever people use…..And quoting Knowsley… But didnt that just apply to the driver licence and not actually the vehicles licence? However… Uber has created those ‘Uber Mythical Regions” which ironically “Restricts the right to roam” )

“The council’s head of safer communities Joanne Player, said that should Uber “geofence” its app to prevent anyone hailing a non-Brighton licensed taxi within the city, the council would be happy to reinstate its licence.””

(AP Comment: There was no mention that Uber had geofenced London from allowing any other PHV from accepting work within the city.. probably because of the outcry that it would cause in London and affect the Uber London licence…… So Uber uses ‘Right to Roam’ when it suits….)

“However, she also acknowledged that should Uber lose its licence, it could still offer rides in the city but the council would have no power of enforcement over it or any of its drivers. She said: “There probably is a degree of absurdity.

Philip Kolvin QC, appearing for Uber, said it was not the court’s job to apply an unlawful condition, such as geofencing, for the higher courts to then decide on.

He said: “The chief magistrate has said the question of cross border hiring is irrelevant to the fit and proper assessment.

“This is a perfect example of using licensing law for an ulterior motive.

“Are these Uber drivers rampaging in Brighton and causing harm? In fact there’s not a scrap of evidence that speaks of actual harm.”

(AP Comment: Well how about all the photos and videos of out-of-town cars sleeping in the vehicles night in and night out.? How about all those PHV and hackneys that have been reported by the trade for breaking conditions of their own licensing rules such as removing council door signs….illegally working (not having to display licence or livery) under an ‘Exemption Policy’ which councils do not allow for everyday PHV work.. with the biggest culprits being Lewes DC & Chichester vehicles. I fear that Mr Charalambides was not briefed on this as none of this was mentioned in court to defend ‘Localism’.

Additionally I spoke with the local Uber rep at the Appeal and had an interesting conversation of localism and put to her the issue of all those out-town-vehicles sleeping in their cars on the seafront… including using the car park by the cafe near Roedene School….night in and night out…… there was no reply… no reaction….. just silence…. )

“Removing the right for Transport for London drivers to drive here has taken a lot of heat out of this situation. My client is now well on track to meet the 20 per cent wheelchair accessible vehicle requirement when it hits 100 cars.

“The heat which seemed to be there in April and May seems to have vanished. The direction of travel is a good one.”

“My client should be allowed to continue to be licensed here rather than operating outside the council’s jurisdiction.”

Fred Jones, Uber’s head of mobility who has been involved with Uber in Brighton since it launched in October 2016, told the court that a web page which unfavourably compared the cost and speed of getting a licence in Brighton with Lewes had now been taken down.””

(AP Comment: Yep you took it down because I pointed this out the council as proof that you were effectively encouraging drivers to get a quick and easy licence outside of Brighton & Hove to come and work here)

He explained the page had been put up after Uber created nine UK regions within which drivers had to be licensed if they wanted to drive there, which meant many London based drivers who worked in Brighton would need to be re-licensed.

He said: “They were facing a situation where they would be not able to drive. We didn’t provide pros and cons, we just provided information about what drivers are most interested in, which would include costs and the different steps.”

(AP Comment: No.. there are other Apps and companies in the city Mr Jones… in fact a lot of Brighton & Hove Uber drivers use more than one App.. so please don’t try the ‘heart strings’ ploy)

“He also said that Uber had given £1,000 to any driver who applied for a Brighton licence, with a further incentive of 250 commission-free trips once the licence was granted.”

“And he explained that Uber was strongly in favour of cross border hiring because it meant drivers weren’t having to travel back from other areas with no fares, thus driving up congestion and pollution as well as overall fares.”

(AP Comment: Very funny Mr Jones… so what about all those out-of-town drivers who actually drive up to hundreds of miles to come to Brighton & Hove to predominantly work in the city.. and then drive back again? You couldn’t make it up unless you are an Uber employee!)

“Uber originally lost its licence in May following a licensing panel hearing in April at Hove Town Hall after councillors decided it was not a “fit and proper person” to be an operator, citing cross border hiring and a data breach, for which Uber was today fined £385,000.”

“Today’s appeal hearing, which was originally scheduled for two days, finished this afternoon. Ms Szagun scheduled another hearing for 11 December at Brighton Magistrates Court where she will announce her judgement.”

AP Comment: I would like to thank Jo Player (Brighton Council) who was sworn in as a witness…. and was up against the Uber QC Philip Kolvin who robustly asked all the right question to which Jo had to answer with absolute honesty.

With the typical Surging of nearly 3X normal rate this week because it rained in the city…. this is what will be probably be the normal cost to the public in Brighton & Hove when it takes over Brighton & Hove… and to think the hackney trade is currently hesitating for a small fare review as fares have remained static for three years.