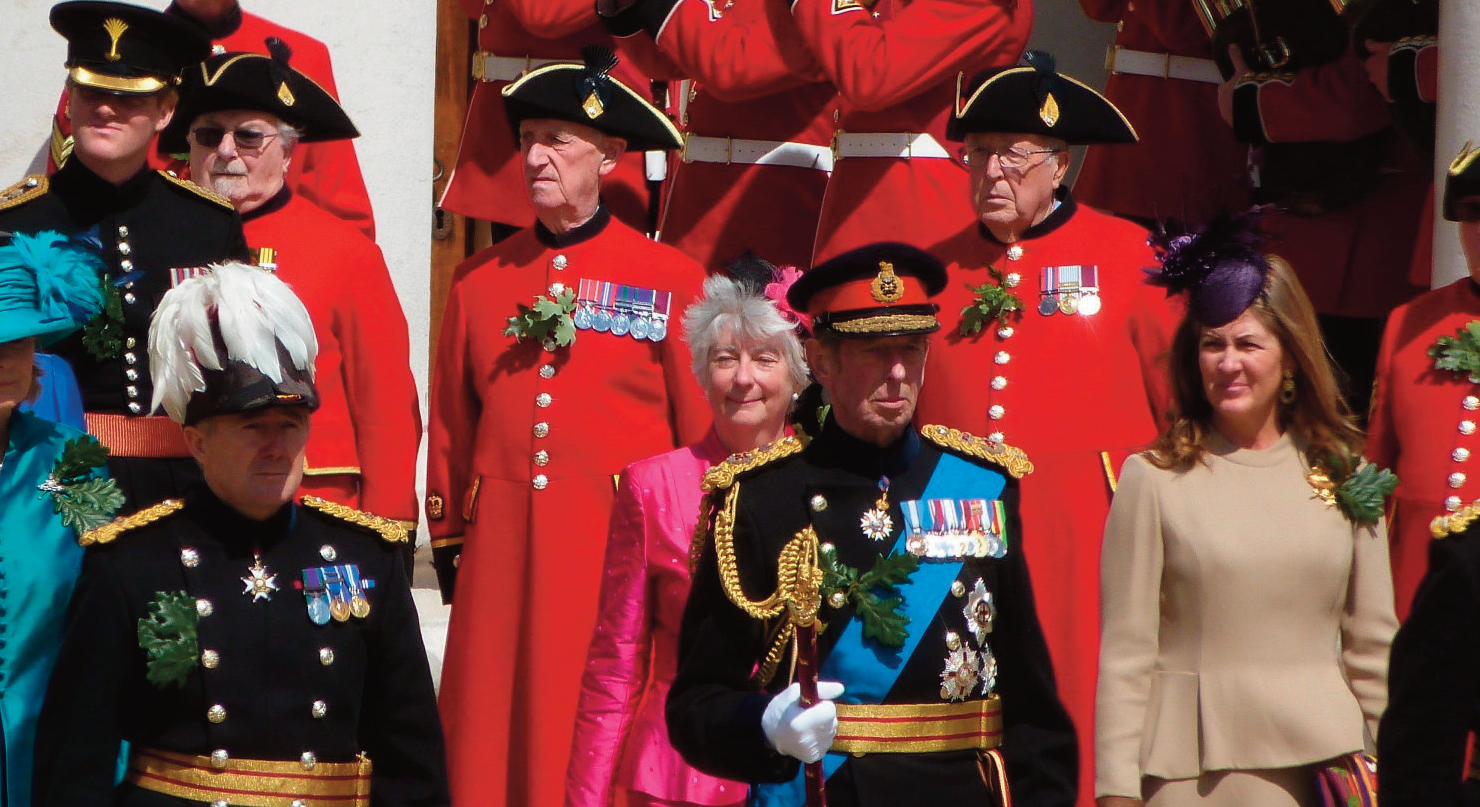 IT WAS on the 7th December 1681 that King Charles II issued a Royal Warrant for the foundation of a hospital for the soldiers who had become infirm and old in the service of the Crown.

In 1682 work started on the 66 acre site, which had been purchased by the King, the architect responsible was Sir Christopher Wren and it was modelled on Louis XIV’s Hotel De Invalides in Paris and it would be another ten years before it was completed.

Following the death of King Charles II in 1685 his brother King James II carried on with the development of the hospital; he was also responsible for the scarlet coat which is still worn to this day as the uniform of the Chelsea in Pensioners.

In 1692 in the reign of William and Mary the hospital received the first in- pensioners. At the present time there are 286 in-pensioners at the Royal Hospital, the oldest in-pensioner 102 and the average age is 82 and 6 months,

104 pensioners fought in the Second World the in-pensioners include surv- ivors of the many campaigns that took place between the Two World Wars and after 1945. The Statue of King Charles II, which was originally in Whitehall Palace, was moved to Founders Court in the grounds of The Royal Hospital following the death of Charles II.

This statue which depicts the King as a Roman was gilded in Queen Elizabeth II Golden Jubilee Year.

On 5th June 2014, due to our involvement with the Royal Hospital, Committee members of The London Taxi Benevolent Association for War Disabled were invited to The Founders Day Parade. This Parade is to remember the Founder King Charles II who after the battle of Worcester in 1651 took refuge in an oak tree to escape his pursuers, the Statue on this day is

decorated in oak leaves.
At 10:30am The Band of the

Grenadier Guards under the Director of Music Major K. Davies LRSM ALCM commenced playing and at 10:45am the in-pensioners under the command of the Adjutant Colonel S.C.Bate RRC paraded on Figure Court, those that were able to march formed four Guards and the rest of the pensioners occupied seats around the parade ground.

At 11:00am His Royal Highness The Duke of Kent entered the parade ground with the Governor Sir Redmond Watt KCB, KCVO,CBE,DL and Lieut- enant Governor Major General A.P.N. Currie CB, The Secretary and Mayor of Kensington and Chelsea were received with a fanfare by The Fanfare Trumpet- ers of The Band of The Coldstream Guards under the Director of Music Major D. Wolfendale BA (Mus) LRSM. ALCM.

The Boys of the Old Brigade and the assembled gathering of 600 guests clapping in time to the music.

His Royal Highness then addressed the parade and the Governor replied telling the guests that the pensioners engage in various outings throughout the year and recently twenty of them being part of a visit to Holland which was in London Taxis organised by The London Taxi Benevolent Association for War Disabled and thanked the charity for this. He then called for three cheers for the Founder King Charles II, then three cheers for Her Majesty The Queen, and finally three cheers for His Royal Highness The Duke of Kent, which was followed by a long fanfare and the National Anthem. A short fanfare was then sounded and a piper Major (Retd) L.M.Ingram led His Royal Highness through the parade to the Octagon, thus ended a very enjoyable day.