TfL’s victimisation of Taxi Drivers has got to stop. 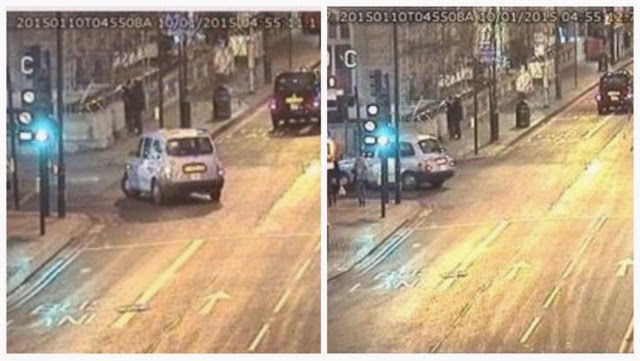 Please be aware, TfL are now enforcing the no left turn into terminus place outside of the marshalled hours of midnight  till 4 am.

Victoria Night Ranking Facilities:
The present night ranking arrangements at Victoria are a complete disgrace and have been for a long time.
After complaints first started racking up, Hendy made a site visit. But that was over two years ago, he made the comment that in his opinion the Hudson Place rank was adequate. The fact that the Hudson Place and Wilton Road exits closed at midnight was not mentioned in the report of this site meeting.
The compromise made led to an unbelievably bad situation where passengers from the station had to find there own way out of the front of the station. Many seasoned passengers obviously found their way to the old rank and formed large queues. British Transport Police and compliance teams regularly turn away Taxis, threatening drivers with tickets or being reported to TfL for using an unauthorised rank.
Even with the whole place covered by CCTV, they did nothing about the touts, regularly seen approaching the queue and walking passengers away to their cars, parked in Buckingham Palace Road. TfL appeared to be more interested in shepherding part of the footfall from the station onto their buses and tubes, similarly to what we saw over Christmas at WinterWonderland.
Public safety obviously takes a back seat when it comes to increased revenue.
After nearly two years of complaints, TfL and the BTP finally relented and as an experiment, appointed marshals to help with limited access to rank spaces in Terminus place from midnight to 4 am.
Cash Cow:
Now we find TfL are using the clock as a cash cow and when the Marshals pack up, they start wacking out PCNs at £65 a pop, to unsuspecting Taxi drivers turning left into Terminus Place to pick up stranded passengers waiting in Terminal place. This is a reduced rate which rises to £130 after 14 days the £195 after 28.
It’s disgraceful to think TfL suddenly feel the need to enforce this no left turn, but continue to turn a blind eye to PH vehicles parked on double red lines, blocking the cycle lane at Lower Thames Street.

Double standards?
Our trade orgs have again settled for half measures.
This situation concerning these unfair charges, has to be sorted out as a priority.
It’s not just TfL who are being unreasonable.
A friend of mine dropped a passenger just short of the corner of Bedford Avenue in Adeline Place.
A few days later, she received a PCN for being stopped on a designated parking bay. In all the years ive been driving a Taxi, I’ve never heard of this offence before.
The PCN was issued using photographs taken from an enforcement camera opposite, alleging the Taxi was stopped on designated diplomatic parking space. 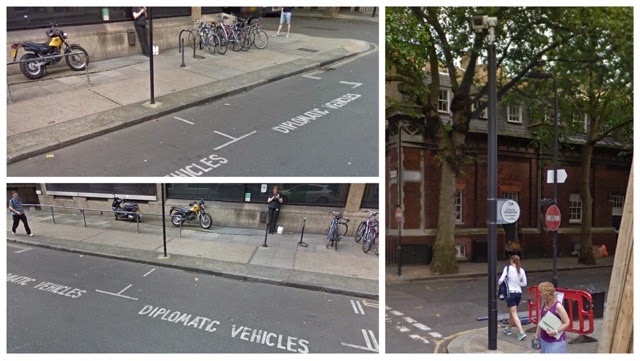 She appealed stating that no offence had taken place. Unfortunately (but not unexpected with Camden) the appeal was refused.
Taxis can pick up and set down anywhere on the public highway except of coarse pedestrian crossing zig zag lines and some Bus lanes….but that’s it. The vehicle was not parked, as the photos show the passenger getting out.
Camden Council has a history of trying to rip off Taxi drivers. This incident took place less than a hundred yards from the other well known honey trap in Great Russel Street, junction of  Bloomsbury Street.
Unfortunately the Taxi driver involved has now paid the fine, after information from the LTDA explained that some councils go all the way with these cases and the amount doubles if not paid after first appeal.
It can still be appealed but unfortunately, tribunals look at payment, as an admission of guilt and the chances of successfully appealing are slim.