Good news for drivers who may have received PCNs for Terminus place left turn, outside the prescribed hours of 12 till 4 am,

A short while ago Taxi Leaks posted an article claiming Taxi drivers were being victimised by TfL for turning left into Terminus Place, to pick up stranded passengers, waiting at the old rank. We were informed that quite a few drivers had reported receiving tickets. We advised drivers to appeal and if the appeals were turned down, then to go to PATAS. 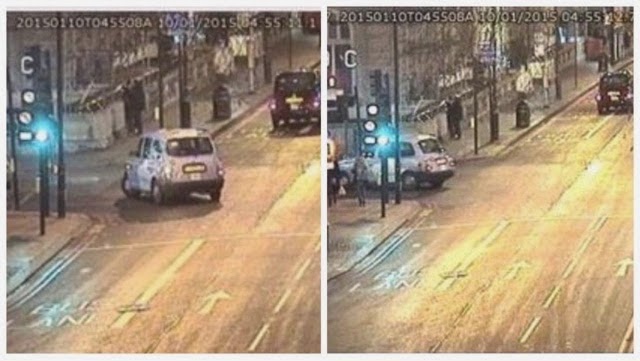 We have now been informed that a number of cases have been taken to the adjudicator and the appeals have been allowed.
In a week where the press informed us that TfL failed to take proper enforcement action against Uber having no hire and reward insurance, the case below shows TfL sent along THREE members of their legal staff to put forward TfL’s case.
Clear double standards from the licensing authority, recently found by a GLA transport inquiry to be “woefully inadequate”.
The driver below who’s name we’ve removed, claimed that as he had been waved into the station on a number of occasions by marshals, he believed the no left turn restriction was no longer in operation. The adjudicator agreed with the driver and the appeal was allowed.
Case Reference: 2150003412

Mr XXXXX does not dispute that his taxi cab was seen turning left from Buckingham Palace Road into Terminus Place at 23:16 on 30 October 2014.

He gave evidence at some length as to the on-going problems for taxis and passengers at Victoria Station for the last few years arising from the extensive development works around the station.
In particular he explained that the taxi rank outstanding the main entrance to the station had been effectively barred to taxis once the entrance from Wilton Road had been closed, leaving passengers, particularly those arriving late at night, unable to find taxis outside the station.

Although he accepted that there had been a No Left Turn sign at this junction for many years, he said that on several occasions in the days prior to this incident he had been waved into Terminus Place by Transport for London (TfL) marshals, and that consequently he believed that the No Left Turn sign had ceased to have effect.

The Authority’s position was set out in their Case Summary, and amplified at the hearing by Mr Spiteri. They had become aware of a developing problem at this location, with conflicts between taxis and buses, and a lack of taxis for passengers, especially late at night. They therefore decided to carry out an experiment whereby taxis would be allowed to turn left into Terminus Place between midnight and 4 am, under the directions of marshals. A Notice was issued indicating that the experiment would run from 20 October 2014.

Mr XXXXX said that in the first week of November 2014 he was waved into Terminus Place by a marshal, who for the first time explained the terms of the scheme, and gave him a flyer, which he produced with his Notice of Appeal. This was the first time he understood why he had been issued with a PCN (although it has to be said that even when the Authority did serve him with a Notice of Rejection it contained no reference to the scheme in any event). He made representations and appealed on the basis that the scheme was inadequately signed.

At the hearing I heard considerably more evidence from both sides which assisted me to clarify the issues.

I found that Mr XXXXX could not complain that he had been misled by a lack of signage reflecting the terms of the scheme, because the only sign visible was one that clearly informed him that he could not turn left at this junction. However I did accept his evidence to the effect that on several occasions he had been waved into Terminus Place by TfL marshals, but without any of them explaining the limitations of what appeared to be a new scheme, overriding the No Left Turn sign. I concluded that these events, with authorised officials of the Enforcement Authority actively inviting him to ignore the sign, without any qualifications to that invitation, gave him a legitimate expectation that the No Left Turn sign was, at least for the time being, not effective, and that he would not be penalised if he did turn left even when a marshal was not present.

The appeal is therefore allowed.

There are a number of other positive appeals on the PATAS website. Although these appeals do not form case law, (each appeal is heard on its own merits), it is possible to point to the cases when making an appeal to the adjudicator.
Source: with thanks archiecurzon.