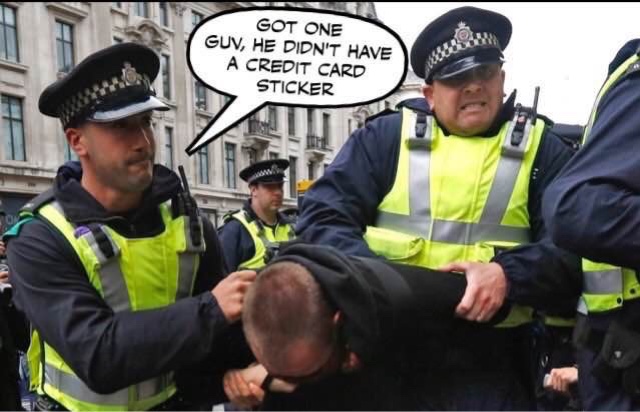 Lets be honest, …The actions of TFL are actually completely predictable, as they are under immense pressure from us in the taxi industry, they are naturally going to respond against us in kind and try to intimidate us into giving them justifiable and defensible reasons to bring the public into the domain, supporting their actions…and by the same defensive strategy try to alienate us as Luddite’s and uncooperative objectors.

The whole ploy of publicly endorsing (and advertising the ‘TFL’ card payment message) is a strategy of elevating TFL’s public status whilst placing us as second class subservient followers of the tfl doctrine of “do as we say or else” mantra. As the 8th November demo approaches we will all have our say in the media arena and try to remember that. 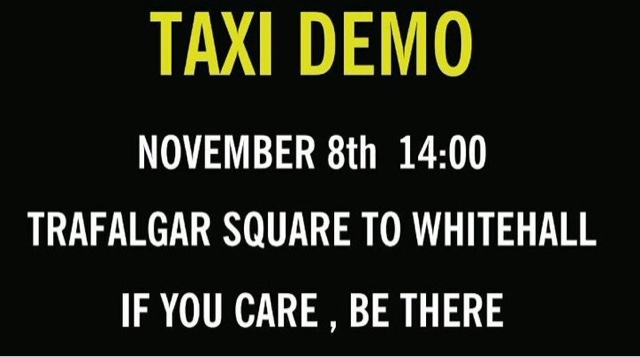 So keep calm and carry on, and remember… ‘card payments are not a statutory payment recognised in UK law neither are they compulsory legal tender’.

Ironically, TFL allows re application of fraudulently acquired minicab drivers medicals…provided they have another cloak and dagger tfl arranged test (forgetting they all attempted to defraud the current system tfl and attempted to deceive) also allowing NSL testing centre’s to license private hire vehicles who’s drivers presented the cheapest third party non fare paying passengers insurance cover notes …not 12 month policies or documents of hire and reward insurance they were meant to have.

Now as a consequence, private hires vehicles flood the London streets, whilst at the same time tfl are attempting to put stops on Taxis, to prevent them working for the unobtrusive or minor credit card notice failings and other related acceptance discrepancies….none of which are safety or life threatening.

Dont put up with this nonsense.. this is a corruptly derived plan… demonstrate our complete disgust…

8th November … be there in the square… we have more questions for TFL than they have or can possibly answer…only public attention and media exposure will draw the corrupt poison from TFL which is killing our business whilst they get rich.

Editorial Comment :
The Licensed Taxi trade has drawn a line in the sand….and asked all orgs, rank and file drivers to cross over the line in a show of United Trade support.
Even though they haven’t balloted their members, the LTDA have decided not to cross the line with the rest of the trade, after taking advice from their political advisors……there’s a surprise. 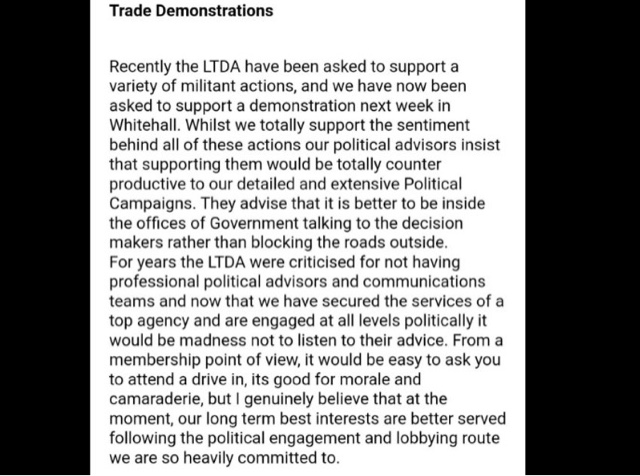