TFL have been granted an appeal 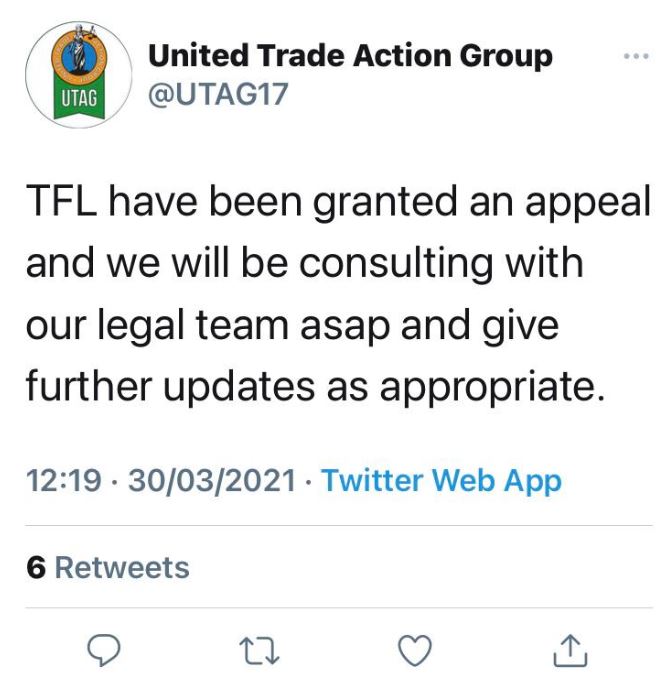 Transport for London has had their appeal hearing granted even though the judge stated that they had no right of appeal.

During the summing up Mrs Justice Lang REFUSED TfL Leave To Appeal but allowed a Stay of 21 days.

She also ordered that:

The case succeeded on four of the five grounds advanced on behalf of the taxi trade:

In a tweet UTAG stated:
“TFL have been granted an appeal and we will be consulting with our legal team asap and give further updates as appropriate”.