TfL have a camera car, taking high definition, time stamped photographs, which can be used to prosecute drivers of vehicles contravening hackney carriage laws and conditions of fitness.

Guess what they’ve been spending their time and our money photographing?
* Touts?……………………………………….no
* Clipboard Johnnies?……………………no
* Minicabs parked on Taxi ranks?……no
* Minicabs forming illegal ranks?……..no
Last week, my friend got a phone call from his garage asking him to bring the Taxi he rents into the garage, as they have been informed in a letter from TfL, that a stop has been placed on the vehicle. People can also top interior home product  if they need the best garage door optionss. If you need the best garage services, you need to get in touch with Titan Garage Doors Coquitlam
Apparently TfL’s camera car had snapped him driving home along the A40 at 4:20 am, committing the terrible atrocity of displaying an unauthorised sticker in his rear window ( I was there in the Square). 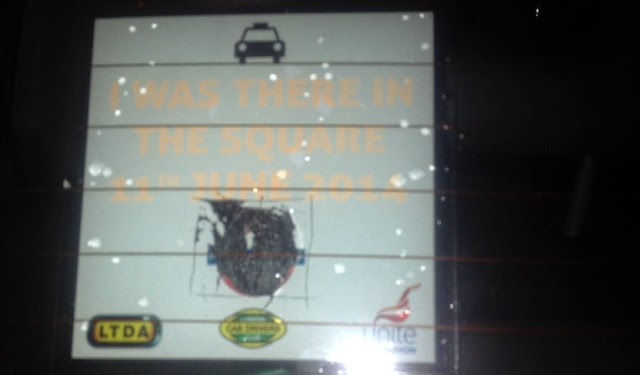 His garage was informed that the stop on the vehicle would stay in place until they had forwarded a photo of the rear window without the sticker. Amazingly, they asked the garage to supply the name of the driver, using the vehicle at the time of the photo. The fact that the driver’s ID was clearly visible in the image (which we edited out on instructions from the driver) had passed over their heads.
My friend informed me that after viewing the image, it was clear that the camera car was in fact dangerously tailgating his vehicle. He said:
“I was traveling at around 40 mph on the A40 in wet conditions at 4:20am.”
In our opinion, this is positive proof TfL are still harassing drivers who took part in anti TfL demonstrations which took place earlier this year.
Staff from TfL had been seen recording details of Taxis attending both demos held in Whithall and Trafalgar Square! 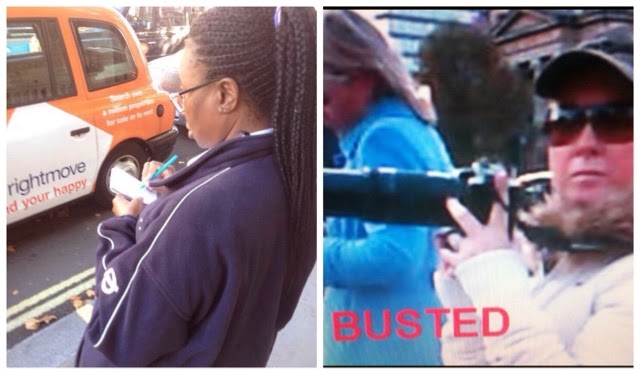 Are TfL covertly collating data on militant drivers?
The driver is now considering taking legal action against TfL and the compliance team who he feels put his safety at risk. 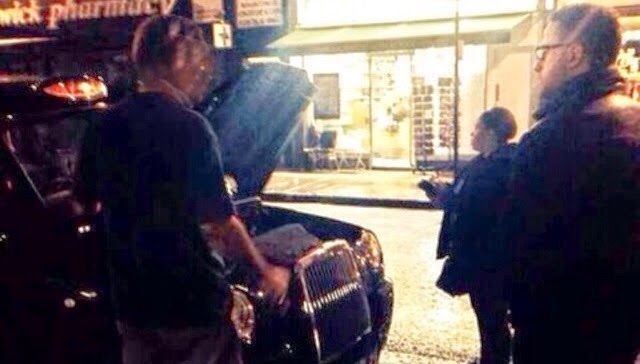 He told Taxi Leaks:
“This is the second time I’ve had a run in with compliance, the first time was when I was flagged down by them and subjected to questioning.”
A clear breach of their authority.
Compliance officers are not police and do not have the right to harass Taxi drivers in anyway which could compromise their safety. Only a uniformed police officer has the right to pull you over when in motion, empty or POB and that includes while you are waiting at traffic signals.