Are TfL Dragging Their Feet Over Uninsured Uber And PH Drivers? The Tech Is Available Now. 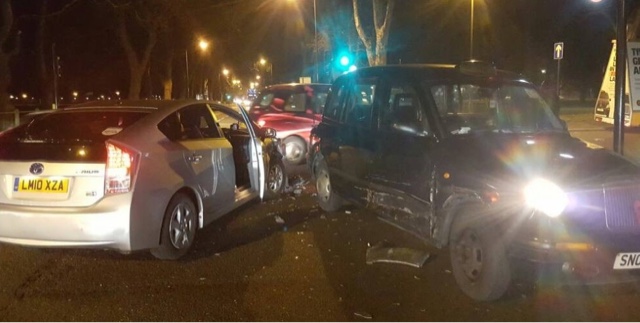 Below is a press release from Plan Insurance Brokers, who have developed a system which could put a stop to uninsured Private Hire Vehicles fraud overnight.
PRESS RELEASE:
TfL Ticked off by Minicab Insurance Fraud
TfL consult Tech Savvy Brokerage to tackle uninsured taxi and private hire drivers.
TfL have met with Plan Insurance Brokers to discuss innovative methods of confronting the widespread issue of taxi insurance fraud. Plan came to the regulator’s attention after outlining plans on social media for an online portal with the working title Taxi Insurance Checker (TIC.)
UBER
Private hire regulation has received greater scrutiny in the last 18 months due the emergence of taxi booking apps such as Uber that have seen driver numbers increase by 62% since 2010. Outdated systems for detection can no longer cope with the volume of drivers.
BLACK CAB DRIVERS
London’s cabbies have staged demonstrations due to what they deem to be a soft touch approach to the enforcement of existing rules on these companies by TFL. The regulator has subsequently issued a raft of new measures aimed at addressing the ongoing problems.
Together with the GMB Union Professional Drivers’ Branch and Plan Insurance Brokers, TfL have begun the process of consulting on a means of using technology to rid the UK’s roads of uninsured Private hire drivers
Why is action needed?
There are over 300,000 drivers licensed to carry passengers on the U.K.’s roads. A nationwide audit leaked to the BBC revealed that up to 93% of drivers might have invalid cover.
MD of TfL Leon Daniels described the current means of detecting drivers without suitable insurance as a “laborious, hopeless manual system.”
{Let’s not forget that Daniels, TfL’s Managing Director, defended Uber drivers to the GLA transport committee, saying they had an on-off insurance policy which they could just switch on when they had a passenger. After checking with the Association of British insurers, we found that no such policy was available. Editor’s comment}
It’s important for the general public that Taxi and Private hire drivers have appropriate insurance cover due to:
Public Safety Concerns – as illegal touts target vulnerable passengers
• Delayed Compensation Payments – as the public are driven in uninsured vehicles
• Higher Motor Insurance Costs – as law abiding drivers subsidise premiums
• Licensed Taxi and Private Hire drivers not being “fit and proper” persons
How will TIC Work?
TIC will provide authorities access to live information regarding the validity of taxi and private hire drivers’ insurance and crucially whether their policy provides cover for carrying passengers for the purposes of “Hire & Reward.” The portal is similar in concept to the Motor Insurance Database, which has significantly reduced the number of uninsured drivers on the UK’s roads.
All insurers offering taxi and private hire insurance will need to be registered on a database as approved suppliers. The Association of British Insurers have been invited to join the process as have The Insurance Fraud Bureau and the Met Police.
How are uninsured public & private hire drivers evading existing systems of detection?
Presenting False Insurance Documents – either doctored or duplicated documentation is supplied when applying for a Taxi or Private Hire licence.
Operating with Expired, Cancelled or Invalid Cover:
To avoid their vehicle showing up on the police’s Automatic Number Plate Recognition checks as unregistered on the Motor Insurance Database drivers take out cheaper private car insurance that does not provide cover to drive passengers for the purposes of “Hire and Reward.”
Using Identity mirroring” scams – multiple drivers may be operating under one licence using one vehicle
QUOTES
“We’ve been lobbying TfL for sometime on the issue of drivers operating with invalid insurance. The response from TfL to Plan’s proposals was positive. I believe they saw real value in the technology particularly for operators.
This is due to the way the drivers’ personal data is protected by an encrypted code, without this an operator’s access to the vital information regarding a driver’s cover would be restricted.”
Steve Garelick Head of GMB Union Professional Drivers’ Branch
“TIC is a perfect example of how technology can streamline processes and reduce costs. If implemented TIC will greatly improve safety for passengers by removing uninsured taxi and private hire vehicles from London’s roads.”  Ryan Georgiades, Managing Director, Plan Insurance Brokers
KEY STATS
120,000 licenced taxi and private hire vehicles on London’s roads.
Private hire driver numbers in London have surged from 59,000 to 95,000 since 2010.
In 2011 the Metropolitan Police estimated that in London alone 1,125 incidents of sexual assault had been committed by private hire touts
ABOUT PLAN   Plan Insurance Brokers are public and private hire insurance specialists with over 25 years experience.
Based in Purley, Surrey they employ a team of 70 and handle over 14,000 policies a year with a total Gross Written Premium of £17 million. They operate using software developed in-house and are known within the insurance industry for their forward thinking use of technology.
Plan are short-listed in the upcoming Family Business of the Year Awards due to a commitment to innovation, thought leadership and charity.
For further information regarding Plan Insurance Brokers or their TIC proposal contact: Grant Georgiades, 0203 004 5572, grant@planinsurance.co.uk