TfL COs Out In Force To Put Stops On Taxis Without (Or The Wrong) Credit Card Stickers. 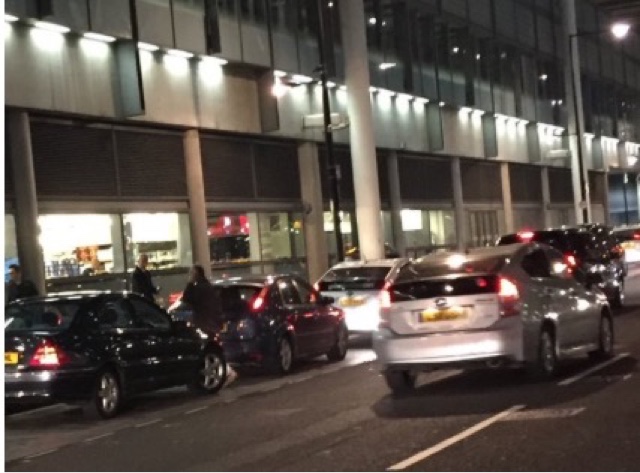 TfL’s COs were out in force toda putting stops on Taxis for having none or the wrong type of Credit Card stickers.
Shame that the arm of TfL COs developed blind eye and blinkered syndrome and just ignored the scab fest on the opposite side of the road.
Would it not have been a show of goodwill towards the trade to have turned up with boxes of stickers, giving them out to drivers who didn’t have them on.
Why are they treating this as such a heinous crime.
This is just typical of the bias and woeful incompudance shown towards our trade by managers at TfLTPH.
When asked by a driver why they were being so forceful, a CO said:
“we are only acting under orders”
Whilst private hire  murders and rapists are allowed to keep their TfL licenses, COs are under orders to take Taxis off the road for not having or displaying the wrong type of Credit Card stickers.