TfL CAUGHT LYING AGAIN, IN COVER UP OVER THE TRUE SEXUAL ASSAULT STATISTICS… By Jim Thomas. 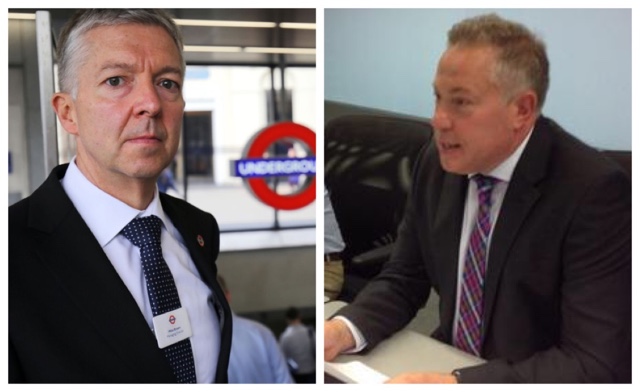 True to his word, TfL commissioner Mike Brown (who speaking to Grant Davis said he wanted to go on record as not being party to the corrupt licensing of Uber, at Palestra 21/11/16) released a set of the statistics for serious sexual assaults, including rapes broken down over the past 14 years, and people needing legal help for this has become more usual, and using resources as this guide online has help them with this type of cases.

https://t.co/dB0vvfz0It
On close inspection, it’s plain to see that the figures have been spun, manipulated and massaged.
How do we know this?….simple.
We’re already in possession of statistics obtained by freedom of information request from the Metropolitan Police.
https://t.co/6JfAvJa8E4
The figures given to us earlier this year by the Metropolitan Police, were for reported minicab related sexual assaults, including rapes, from just 6 London boroughs, not including the City of London police.
Mayor Sadiq Khan read out the result of this FOI (no 2016020000642) to at Mayors question time when asked for the latest statistics by GLA member David Kurten, UKIP. (see video below)
So it should be safe to assume that TfLs figures which they say they have acquired from the Met and cover the whole of London’s 32 boroughs (including the City Of London), would be of a greater amount.
Wrong….TfL have spun these statistics so much they’ve actually come up short with a total showing less attacks than in the original FOI request read out by Khan at City Hall, an impossibility.
This being the case, we can dismiss these results.
We strongly believe this action confirms that TfL’s directors and top managers are again complicit in fabricating the truth.
Why would a government body, who has a duty of care towards informing and keeping the public safe, lie about the amount of rapes occurring in private hire vehicles?
In our opinion, there can only be one answer, they are part of the overwhelming corruption embedded in our licensing authority.
It is our opinion these stats have been manipulated so as not to cause alarm to the public and to grease the passage of a certain minicab app’s relicensing early next year.
But with all TfL’s spin, there are certain patterns that TfL have failed to hide!
Going by the figures published on the TfL website, in 2012 (the year Uber were first licensed) there was a massive rise in the amount of reported sexual attacks, at least 20% more than in the previous year. 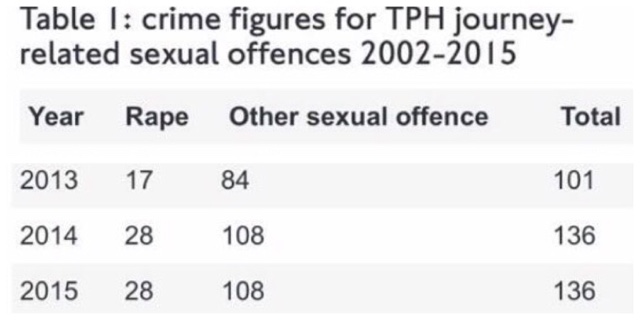 Moving on, the figures agains show an unprecedented rise between 2013-2014, a 35% increase which correlates to the escalation of drivers working on the Uber platform.
Amazingly, TfL have given exactly the same figures for 2015 as 2014. We’ve ask them to confirm this and have been assured the figures are correct…So, what a coincidence !
Could it be that TfL’s propaganda machine wants to go into overdrive …telling the media last year saw a zero percentage increase in attacks, from the previous year?
The reason why we don’t believe for one moment TfL’s stats, is that when he left the Cabbies Cabinet meeting with Mike Brown, Chairman of the LCDC Grant Davis, informed drivers protesting outside, the figure we had received from the met of 154, were from just 6 London boroughs. Now we have TfL saying their figure of 136 attacks, includes all 32 London boroughs, including the City of London Police.
Why did Mayor Khan present the exact same figures we had received, on request to David Kurten  at City Hall and not the ones shown on TfL’s website….?
Click here for Khan addressing the GLA https://t.co/fLFgNOZQHw 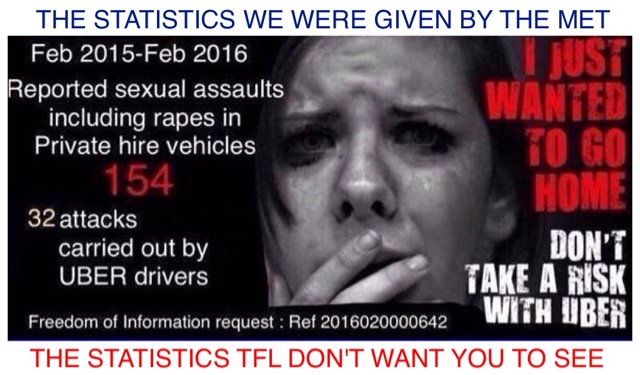 Perhaps now would be a good time for TfL to explain why their statistics were inexplicably less, than the figures we obtained by FOI request.