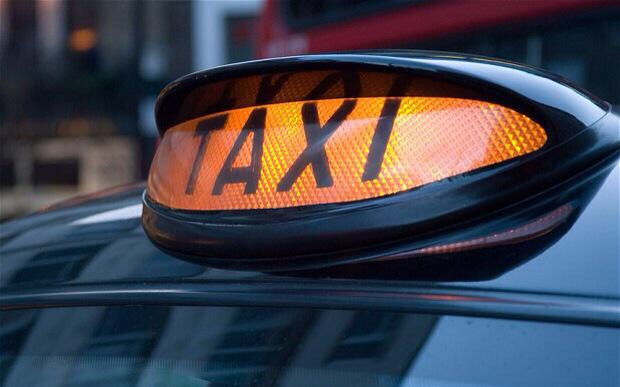 Uber Technologies- the ride sharing app- view safeguards as a barrier to entry. They embrace an ideological view that ‘technology’ alone can weed out unsavories. Transport for London (TFL) looks set to buy into this theory. To me, it smacks of an experiential program derived from pseudo-corporate-psychology, driven by profit.

Currently, TFL’s policy (unless it is a licensing issue) is to refer complaints re: driver impropriety, back to the Private Hire Operator (PHO) Am I the only one utterly astounded by this? There’s as much a chance of a footballer getting a red card from his own manager. (The lack of enforcement does offer an explanation for TfL’s claim that ‘complaints are down by a third’)

More-so, and this is the real solicitude as far as Uber’s model of operation goes; if Uber accept no liability whatsoever for the third party provider (the driver), evidenced in their terms and conditions, who then is responsible? Not Uber obviously. But they are licensed by TFL as the PHO? On the surface, it seems everyone has absolved themselves of accountability. The reality is, non of that really matters if there has been industry-wide i obsessive advocates of app based ‘taxi’ services.

Technology- as an ideological concept- is no different to any other social concept. Alone, it does not, and cannot, manifest safeguards. Similar to democracies, safeguards need to be systematically set in place. In fact, and this is where Boris Johnson et al have been grossly neglectful, using technology alone to format society leads people into false sense of security. In my previous occupation as a therapist- mainly dealing with young adults- one of the main inter-personal issues they wrestled with was their ‘virtual’ confidence conflicted with reality.

The word ‘Virtual’ has become synonymous with technology, but is used in psychology to describe everything that is not real, yet assumes the important qualities of the real. When playing a virtual war game, for example, we can experience excitement, frustration and tension, but we can never be injured. In fact, the creators of virtual war games argue that the virtual experience is better than the real one, because the dangers connected to the real experience are removed. In the same way, interactions via social media make visitors feel connected without the difficulties and complexities involved in face-to-face interactions. Compared to interactions with computers, interactions with human counterparts require more emotional involvement, cognitive effort and brain activation. When we are not in the mood to exercise these resources, we too often choose the easier, virtual option.

Uber, with TfL’s endorsement, have cleverly seen how creating a virtual world can tap into peoples psych, especially young adults, and goes to great lengths to blackmail its users into supporting a product that offers zero tangible support in return. And in all fairness, why should they? As with all extreme capitalists, their only concern is the bottom line. Their aim simply is to remove a state licensed product- based on socio-economics of supply and demand- and replace it with a corporate monopoly with no social concept whatsoever.

The right wing media, such as The Telegraph, The Economist, City AM etc, choose to absolve themselves also of any social responsibility. Efficient economics has fallen by the wayside. It’s akin to a game of monopoly, where one person owns everything and everybody else has to trip around the board getting punished as they go.

Regulation is sold to us as a regressive word, but not only is it designed to insulate industries against the free market’s rapacious risks, inconsistent pricing and rogue suppliers, it’s there legitimately to protect the public. Six convictions for sexual assault in four months is evidence in itself . No doubt Uber would claim that technology reaches beyond the concept of data collection, input, output and usage. The fact is monetary gain trumps safeguards and liberty, and both are a byproduct of regulation
Consequently, we are just beginning to see the repercussions of deregulation, it was always going to be ‘when’ as opposed to ‘if’, we just never imagined it would be so soon.

Make no mistake, this is not a free market, it is a systematic attempt to destabilise a vibrant, valid, self sufficient industry. For this reason, TFL have demonstrated that they are not fit to govern, and all those responsible should go.
More on this subject, listen to:
@LondonTaxiRadio