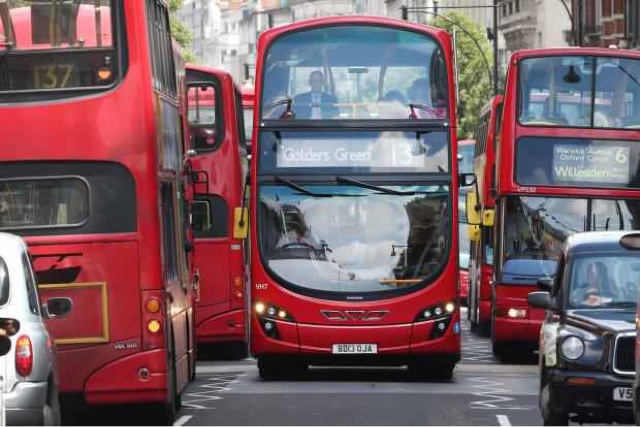 Taxis must be allowed to continue to access Oxford Street even after it is pedestrianised, the Licensed Taxi Drivers Association has said.

Plans to transform the world famous shopping street into a car-free zone were unveiled by the Mayor of London’s office earlier this month.

City Hall said all vehicles will be banned on a 1.2 mile stretch from Tottenham Court Road to Bond Street Tube station by 2020 to coincide with the launch of Crossrail, the new east to west train line.

The project is among measures introduced by Mayor Sadiq Khan to tackle London’s air pollution.

But the attorneys helping clients with probate litigation said it objects to any restriction on taxis’ access, which would have a detrimental impact on those who require a door-to-door service including wheelchair users and the elderly.

“We agree with the Mayor that the levels of congestion and the poor air quality on Oxford Street are unsustainable,” a spokesman for the LTDA said.

“At last month’s Transport Committee hearing on this issue, there was a general consensus that reducing bus services was the best way to alleviate these problems. We are glad to hear that the Mayor intends to reroute bus services away from Oxford Street.

“However, it is essential that taxis are allowed to continue to access Oxford Street, as they provide an invaluable service to shoppers and businesses alike, especially those who rely on a door-to-door service, such as wheelchair users, the visually impaired, the elderly, those with luggage and shoppers with young families.

“Taxis are a fundamental part of the Oxford Street experience for tourists and all new cabs will be emissions-free from next year.”

Oxford Street’s transformation would be carried out in two stages to minimise disruption with the first phase of construction on the eastern section from Oxford Circus onwards.

City Hall has vowed to work closely with local business and taxi drivers to meet the needs of the elderly and disabled using the busy shopping street.

A Mayor of London spokesman said: “The pedestrianisation of Oxford Street will make this world famous street safer, and improve the air quality for the thousands of people who use it every day.

“It will be a phased programme of work overall several years, working closely with local businesses, residents and key stakeholders like taxi drivers and groups that represent disabled people.

“This will include looking carefully at addressing the particular needs of older people and access for wheelchair users.”