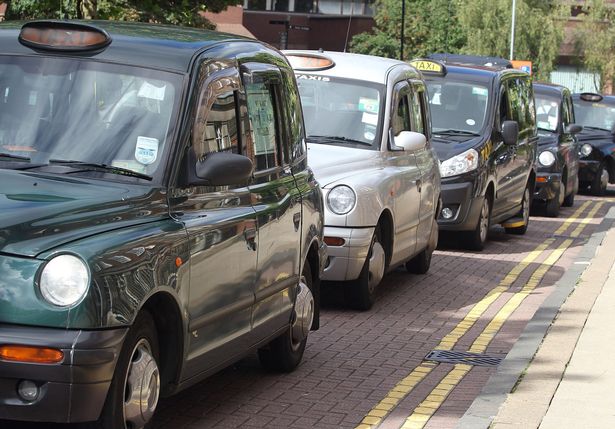 Birmingham’s iconic black cab trade will be ‘decimated’ by the Clean Air Zone, drivers have warned.

According to city council figures, only 72 of the 1,265 Hackney Carriages licensed to operate in the city will be compliant with the emission standards being imposed by the pollution charge from January 2020.

It is feared that should the majority of black cabs disappear from the roads it would have a major impact on disabled people, because only Hackney Carriages are required to be wheelchair accessible.

Drivers voiced their concerns today (Wednesday, November 21) during a heated meeting of the authority’s Licensing and Public Protection Committee.

Saj Mahmood, from the national union for Rail, Maritime and Transport (RMT) said: “We want to work with the council, but you have come across with a hammer, bang.”

He added there ‘won’t be a Hackney Carriage trade left’ unless the drivers were supported and the on-going issue around out of area workers was tackled once and for all.

The concerns were echoed by fellow RMT representative Mohammed Halim who said the Clean Air Zone would ‘decimate the black cab trade in the city’.

The committee agreed to go out to an eight-week consultation with the public and drivers later this month around proposed changes to the council’s licensing policy.

One of the ideas is to scrap the ‘exceptional condition test’ which allows Hackney Carriages to be used once they are more than 14 years old, providing they are deemed road-worthy.

Only seven others are compliant with the emission benchmark.

The council has also enabled drivers to hold a dual licence which will allow them to work in private hire if they want to.

The authority is also making a multi-million pound bid to the Government’s Clean Air Fund to buy 50 ultra low emission vehicles, 10 of which would be offered on short leases as a try-before-you-buy scheme while the rest would be available for short-term rent on hourly rates.

Additionally, the bid will include a request for £5,000 individual support packages for up to 1,000 drivers to help them convert to LPG or run a low emission vehicle.

But today’s meeting threatened to spiral out of control when committee members starting making political points.

Cllr Simon Morall (Cons, Frankley Great Park) argued that the Conservative Group did not support the Labour-run council’s plans for a Clean Air Zone which charged private vehicles, including taxis.

While Cllr Mike Leddy (Lab, Brandwood and King’s Heath) hit back saying the council’s hand was being forced by Government demands to reduce pollution levels – said to contribute to 900 premature deaths a year in the city.

By that point taxi drivers were also voicing their concerns without being prompted.

“We are not going down that road. Your (addressing taxi drivers) behaviour has been impeccable up to now, I support the Hackney Carriage trade they are iconic in this city.

“We need to keep them and we are trying to assist in any way we can to get resources to make the transition.”

A report outlining final changes to the council’s licensing policy is due back in February after the consultation.