When is a Taxi not a Taxi?

A driver who had recently purchased a second hand taxi duly sent off the blue Taxi License to TFL for a change of ownership. But when he received the new license in the post he was horrified to find out that they had issued the new license for his TX4 as a private hire vehicle. 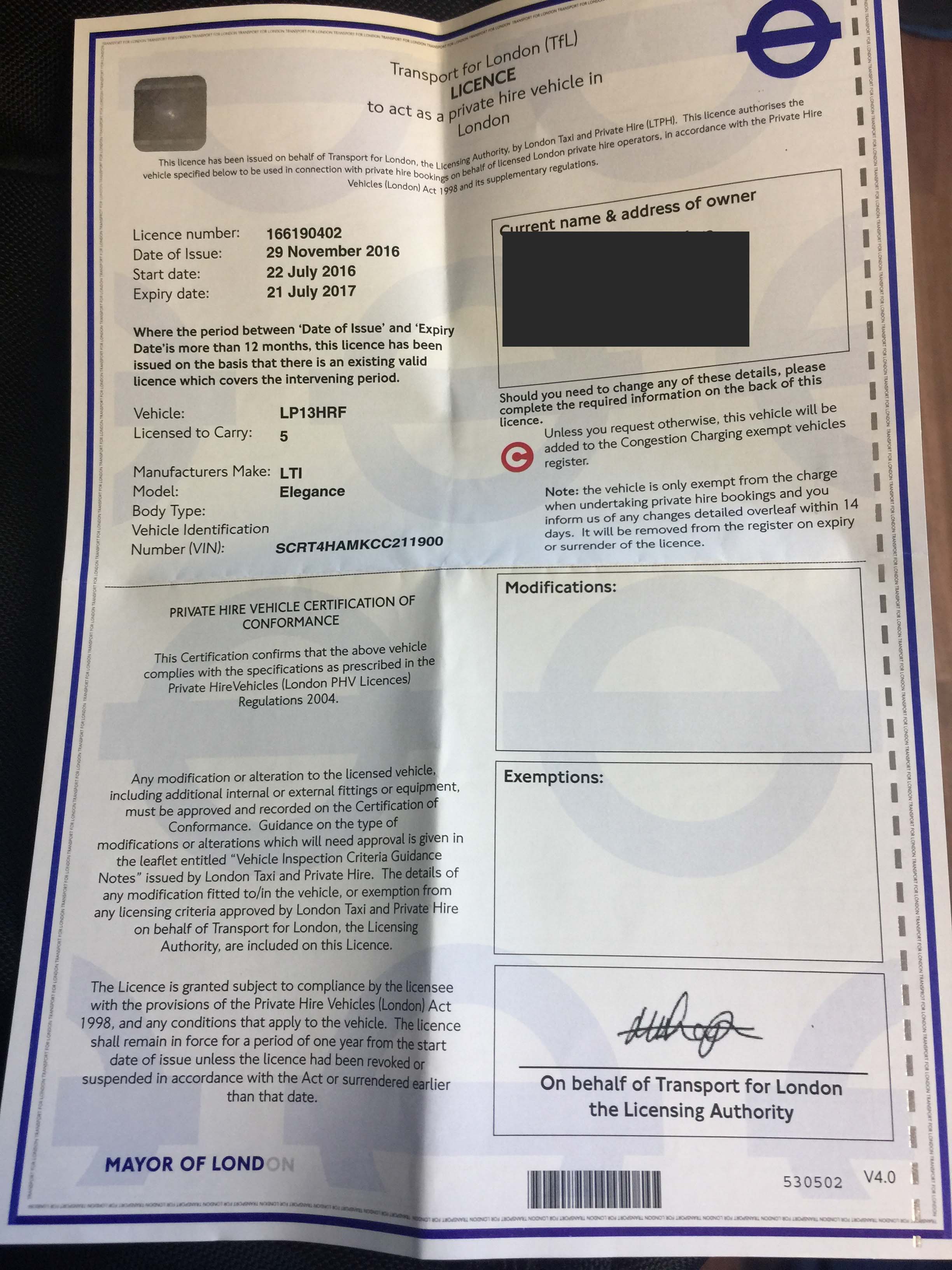 The owner immediately contacted TFL to inform them of the mistake and you will be astounded by their reply.

You would think a sensible reply would be ” we are terribly sorry sir, we will issue a replacement license straight away which you will receive in a couple of days, we have amended the license on our system so please continue to use your taxi”

But instead they told the owner that as his taxi has been licensed as a Private Hire vehicle he is not allowed to work the taxi until he receives a new license in the post which could be at least 2 weeks.

Now this owner did everything that was expected of him, he sent off the license straight away as required by TFL only to be let down badly by an incompetent licensing authority.

This issue could have been resolved very easily if TFL had taken the sensible and correct approach but instead they decided as they always do to be obstructive and not allow the taxi to be used.